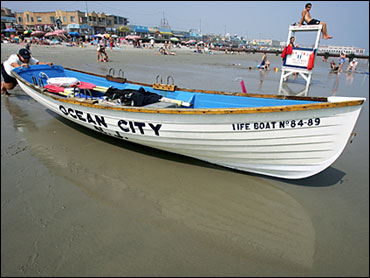 (AP) OCEAN CITY, N.J. - New Jersey State Police say a coastal fisherman found an Adidas high-top sneaker on the beach - with the remains of a foot inside.

Police say some of the toes still had nail polish on them. But they say the gender and age of the victim have not yet been established.

The discovery was made early Tuesday afternoon at an inlet in Ocean City, about 10 miles south of Atlantic City.

Police say the remains of the right foot have been sent to the state anthropologist for examination and DNA testing.