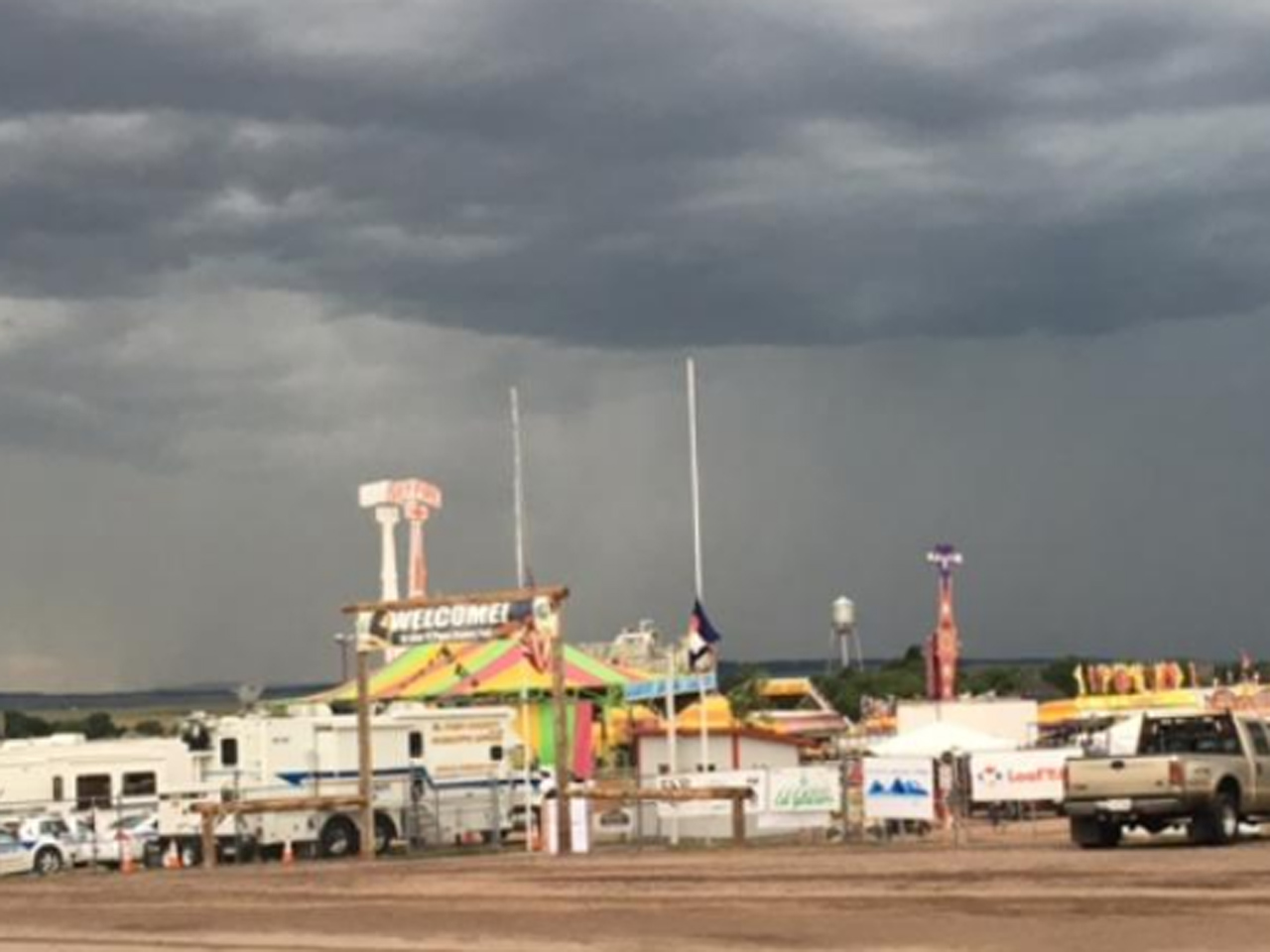 CALHAN, Colo. -- Two people were taken to the hospital after a lightning strike officials say came without warning Tuesday evening at the El Paso County Fairgrounds.

Officials say a woman was struck as she left the building on the north side of the fairgrounds. A man nearby was also injured.

Both were "treated immediately by paramedics stationed at the fairgrounds and taken by ambulance to hospitals," El Paso County spokesman Dave Rose said.

A third person, who was nearby, was also hurt, but their injuries are believed to be minor.

Rose said county workers and fairgoers said the strike came when there was no thunder or lightning in the immediate area, although it could be seen miles away.