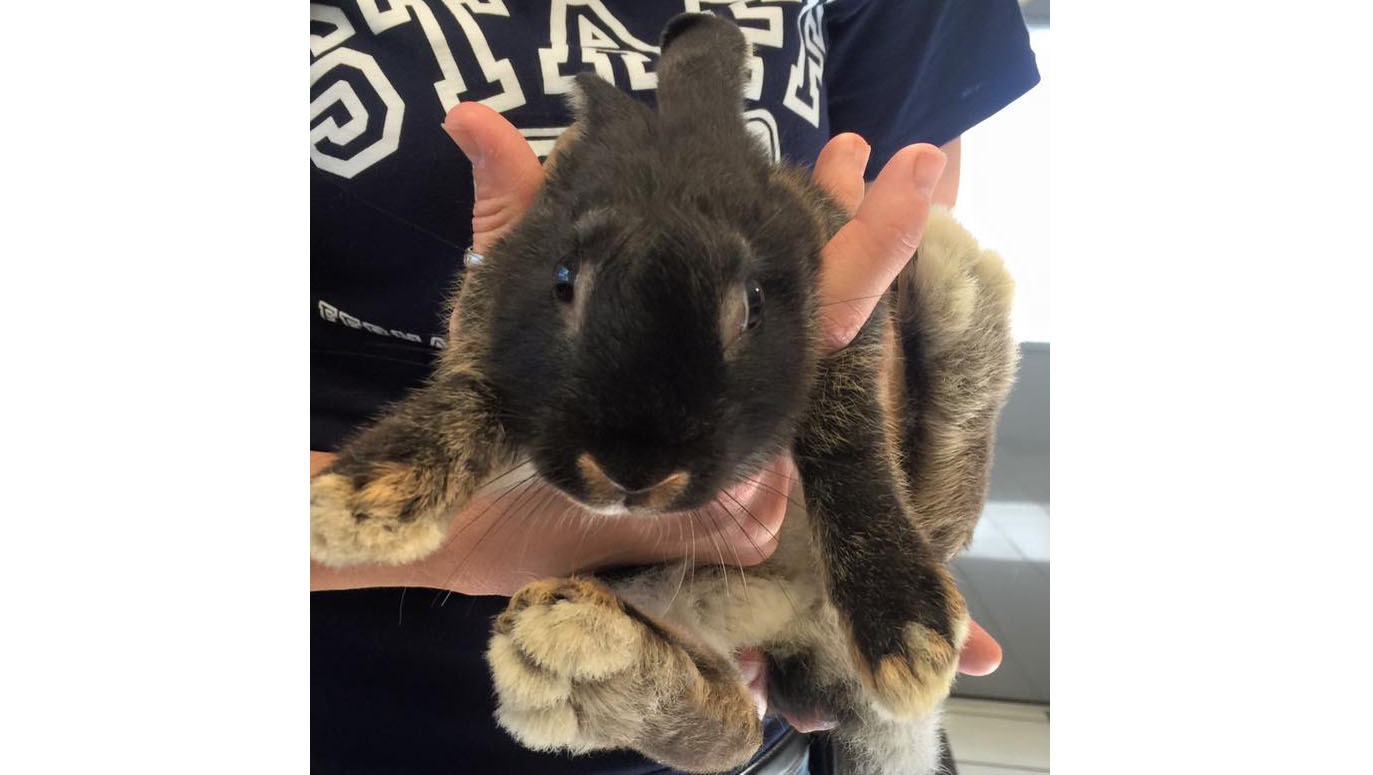 The video, which was posted on Snapchat and then shared on a Nassau County, Fla. community Facebook page, sparked outrage on social media. The teen girls can be heard giggling and laughing as the rabbit hits the wall, and at least one teen appears to kick the animal as it tries to escape.

The video reportedly prompted several calls to the Nassau County, Fla. Sheriff's Office. After an investigation, the teens, ages 13 and 14, were arrested Saturday and taken to a Jacksonville juvenile detention facility.

The rabbit was rescued from the home and is now in the care of Nassau County Animal Services. According to a Facebook post by the group, the rabbit suffered a fractured leg but is otherwise "safe and sound." It will be adopted out once it recovers.