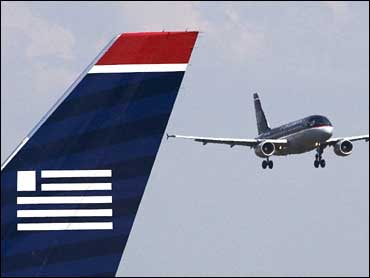 A US Airways employee and passenger are being questioned after an unloaded handgun was discovered aboard a Phoenix-bound flight originating in Philadelphia, reports CBS News correspondent Bob Orr.

Souces say a passenger allegedly handed a bag containing the weapon to an airline employee, who bypassed the security screening before giving it back to the passenger, reports Orr.

Ammunition was also found on the plane.

Another passenger saw the suspicious hand-off and alerted authorities. The gun was found during a subsequent search of the plane. The flight taxied back to the gate and all the passengers were removed, reports Orr.

Sources says the incident appears to be isolated and is not related to terrorism. Investigators do not believe the suspected passenger intended to use the gun on the flight but was simply trying to elude security in order to carry the weapon to Phoenix, reports Orr.

The FBI, Transportation Security Administration and Philadelphia law enforcement are investigating the incident. No charges have been filed.