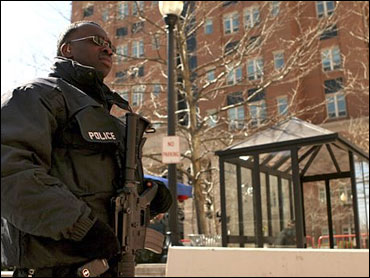 While most of the information gathered appears to be "secondary in nature," not all the findings can necessarily be deemed as minor, athletic director Jim Copeland said Friday.

"We have found things that are disturbing beyond secondary violations," he said.

SMU announced on Aug. 6 that it had suspended assistant coach Steve Malin with pay and hired the Kansas City law firm of Bond, Schoeneck & King to investigate.

The NCAA defines secondary violations as those that provide a limited recruiting or competitive advantage and are isolated or inadvertent.

Major violations are any other than secondary, specifically those that provide an extensive recruiting or competitive advantage.

Copeland would not discuss the specifics of the findings, but said they did not involve any other current or past SMU coaches.

Malin was interviewed in the past two weeks, the final step in the investigation, Copeland said.

SMU is the only school the NCAA has given its "death penalty," shutting down the football program in 1987 after a string of "pay for play" incidents. SMU sat out the 1988 season on its own in what would have been a restricted-schedule season.

Copeland said Friday he does not believe the new violations were severe enough to warrant death penalty considerations again. SMU has not decided whether to impose sanctions of its own when reporting its findings to the NCAA, he said.

Bond, Schoeneck & King has worked extensively on univeresity athletics investigations and has worked closely with the NCAA in the past.

Copeland said NCAA officials sat in with the firm "during arteas that would have been sensitive" in the investigation.

Asked about Malin's future as a coach at SMU, Copeland said, "That remains to be seen."