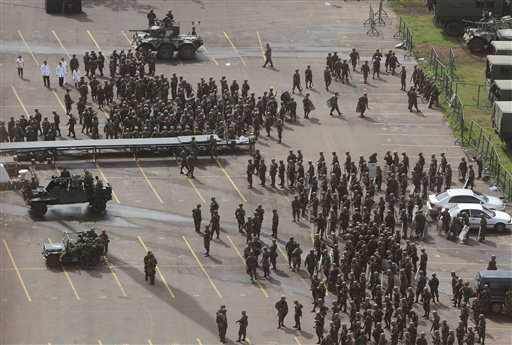 A British biotech firm said on Friday that early tests on an anti-smoking vaccine showed it was safe and successful in producing antibodies to fight one of the biggest causes of preventable disease.

Xenova said the first ever clinical trial of an anti-smoking vaccine in man showed its product, code-named TA-NIC, generated antibodies that bind to nicotine, the highly addictive ingredient in tobacco.

The firm, which is also developing a vaccine against cocaine addiction, believes that if it can stop nicotine from reaching the brain, it can solve smokers' addiction.

According to the World Health Organization, there are around 1.25 billion smokers in the world. The habit directly causes around 430,000 deaths per year in the United States and costs the U.S. taxpayer around $50 billion a year in medical bills.

Existing drugs to help smokers give up mostly rely on giving a shot of nicotine and have a poor success rate.

"Around 80 percent of people who quit smoking are back on the habit within a year," Xenova Chief Executive David Oxlade told Reuters.

The 60 smokers and non-smokers who took part in the Phase I clinical trial were given an injection of TA-NIC every two weeks, Oxlade said.

But he stressed the product was a long way from hitting the market, with 2006 the earliest realistic date. Drugs have to pass three phases of clinical trials before they are approved for sale by regulators.

Sam Fazeli, an analyst at Altium Capital, said further trials would be tough. "You're going to be giving this to healthy people, so the data will have to be squeaky clean," he said. But he agreed the vaccine had great potential.