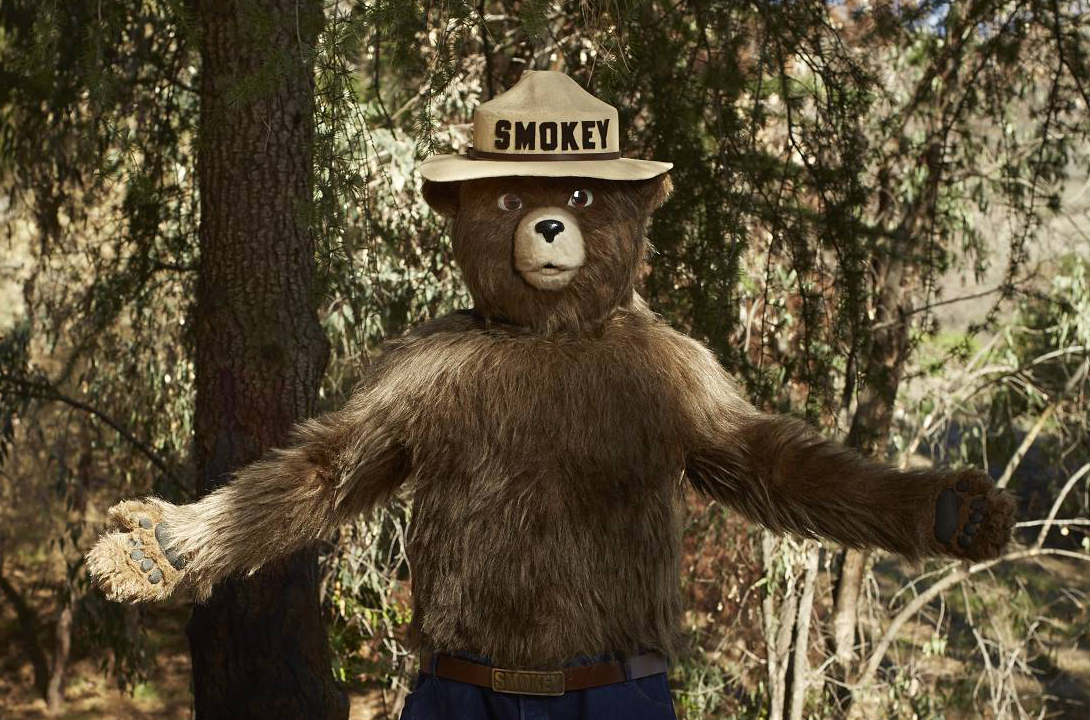 He goes to work in blue jeans and utters only one sentence, but his message is loud and clear -- "Only you can prevent wildfires."

"Smokey has had a little work done. His costume has been updated. He's got a great, fresh new look," said Peggy Conlon, president of the Advertising Council, the organization that has overseen Smokey's iconic image from the beginning.

"Ninety-four percent of Americans recognize Smokey Bear," she said. "He's survived generations. And he's beloved and everybody remembers his phrase."

Smokey was created in 1944, one of the first campaigns from the newly created "Wartime Ad Council." The same folks also coined the phrase, "loose lips sink ships."

Smokey's job was to warn Americans of the danger of forest fires -- not those set by Americans -- but by the Japanese. During World War II, Japan launched fire bombing balloons into the jet stream hoping to destroy American natural resources.

"The concern with that is that we need wood for the war effort, whether it was boats and planes and just the paper. But then also, it would have taken many of the soldiers away from the war effort to be able to deal with fires," U.S. forest service chief Tom Tidwell said.

In 1950, an orphaned bear cub rescued from a fire in New Mexico, became the living symbol of forest fire prevention. History repeated itself this past week in Washington state when a bear cub named Cinder provided a fresh reminder of wildfire danger. But despite Smokey's fame, there is one recurring problem -- his name.

Conlon said "Smokey the Bear" is not the original name, but instead, it was adopted from a song written in the 1950s.

"Because of the cadence of the song, the songwriters put 'the' between Smokey and Bear," Conlon said. "Of course, that song became so iconic and memorable that's why people call him 'Smokey the bear.'"

Whatever you call him, he's been effective. In 1944 about 22 million acres were lost every year to wildfires. Today, the average is down to around 6.7 million acres due in part to awareness of wildfire prevention.

Yet in the U.S. more than 62,000 wildfires are still caused by humans every year. That includes the worst fire in California history, which killed 15 people and destroyed 2,200 homes.

That's why Smokey is now targeting a new generation. As part of his millennial makeover, he's joined Facebook and now has nearly 25,000 followers on Twitter.

His growing fan base is thanks in part to a "Happy" coincidence. Singer and song-writer Pharrell famously showed up to the Grammys this year in what many called his Smokey hat.

Apparently Smokey's sense of fashion, and his message, are still relevant 70 years later.

Trump has tense exchange with CBS reporter
Thanks for reading CBS NEWS.
Create your free account or log in
for more features.
View CBS News In
CBS News App Open
Chrome Safari Continue
Be the first to know
Get browser notifications for breaking news, live events, and exclusive reporting.