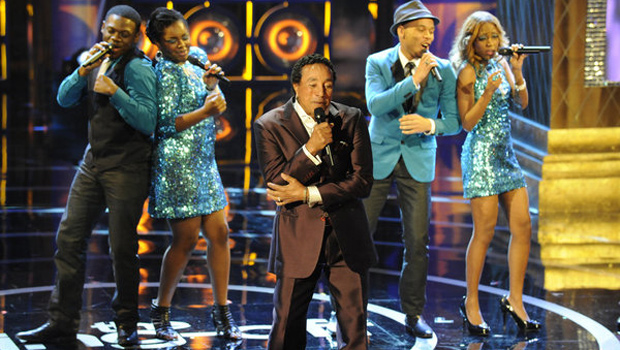 (CBS) On Monday  night's season finale of NBC's reality competition show, "The Sing Off," Smokey Robinson showed the three remaining a cappella groups how it's done.

The Motown legend sang his classic, "You Really Got A Hold On Me," with the much beloved a cappella group Afro-Blue, a Jazz/Pop ensemble from Howard University. The group had been  eliminated the week before the finale, but were brought back for a once-in-a-lifetime opportunity to sing with Robinson.

"The Sing Off" host Nick Lachey performed "Give Me Just One Night (Una Noche)," a song from his old boy band 98 Degrees, with Pentatonix (a five-member group originally from Arlington, Texas). Pentatonix was one of the show's three finalists.

But it was the announcement of the show's winners that stole the show. Pentatonix, the quintet from Texas, took home the $200,000 grand prize and a recording contract with Sony.