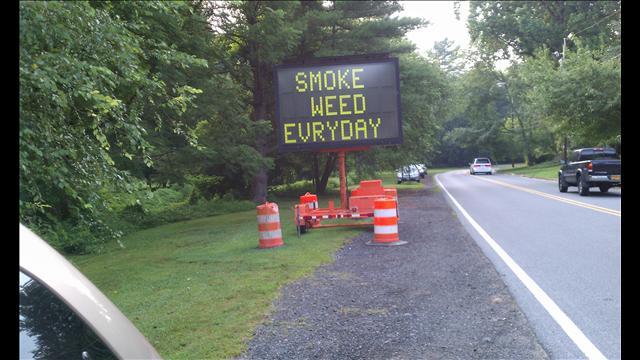 According to the station, instead of informing drivers of potentially useful information, it read, "Smoke Weed Evryday."

Montgomery County police received a call reporting the massaged message on Wednesday morning and had deactivated it and begun to reprogram the sign by 9:20 a.m.

A representative of the company that owns the sign, Potomac-based D&F Construction Co., told the station that crews are working to remove keyboards that are used to input the sign message in order to prevent similar sign-hacking in the future.