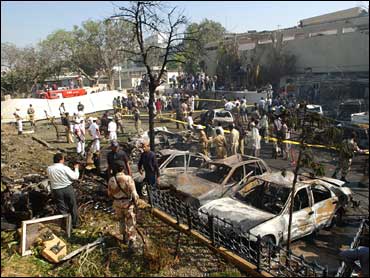 Joe Smith loves playing alongside Kevin Garnett and he likes the direction the Minnesota Timberwolves are heading.

"I definitely could have gotten a better deal elsewhere, but this wasn't about my financial state," Smith said Tuesday after signing a one-year, $2.2 million contract with the Wolves. "When I came here last year I wanted to put the fun back in the game and be on a team that plays hard every night. I found that here. I like playing with Kevin and I like playing for Flip Saunders."

But Smith said he didn't seek a long-term deal in case things don't work out.

"I'm just protecting myself," he said. "Obviously, this is a place I want to be for a long time. But I just want to see what happens this year. Last year we had a pretty good season but were knocked out in the first round of the playoffs" by the eventual champion San Antonio Spurs.

"That was my first playoff experience, and that left a bitter taste in my mouth," said Smith, the No. 1 overall choice in the 1995 draft when he was selected by the Golden State Warriors. "I thought we could have made something happen in the playoffs and we didn't. That made me want to come back this year, sign a one-year deal and now let's see."

Smith said a major factor in his decision was the chance to play alongside Garnett.

"He just brings so much excitement to the game," Smith said. "He tries to make everybody around him better, and that's really hard to find nowadays. Usually, the main guy on a team is the main guy and he's going to take the shots and get the ball. Kevin wants to see other guys do well."

Smith acknowledged that it would be nice to sign an extension during the upcoming season "so I don't have to go through this for the third summer in a row. But I'm going to be patient and see if things work out."

Besides, Smith said, the one-year contract inspires him.

"Knowing it's a one-year deal weighing on me is going to make me go out there and strive that much more," he said.

Smith appeared in 43 games for the Timberwolves last season, averaging 13.7 points, 8.3 rebounds and 1.5 blocks as a replacement for Tom Gugliotta. He ranked ninth in the league in offensive rebounding with 3.6 per game.

The Warriors traded Smith to the Philadelphia 76ers on Feb. 17, 1998, and he signed with the Wolves as a free agent last season.