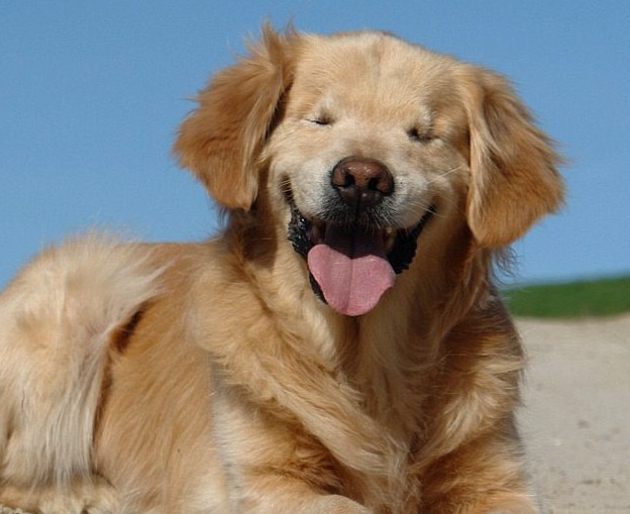 A blind service dog named "Smiley" will never fail to put a smile on people's faces.

The Golden Retriever's owner Joanne George saved Smiley, who was born with dwarfism and without eyes, from a puppy mill and a death sentence at the age of two. Nearly a decade later, the dog's story is continuing to help others in need.

"People were so drawn to him, so inspired by him." George told CBS News. "I realized this dog has to be a therapy dog -- I have to share him."

For the past seven years, Smiley has been teaching people not to dwell on a disability, where you came from or what happened to you as a child.

"Dogs can come back from anything, they forget their past," George said. "We as humans, dwell on the past."

One of Smiley's visits to the nursing home was particularly memorable.

Teddy, a man that Smiley frequently visited in a nursing home, had no speech and was unable to communicate. But that didn't stop the dog from trying.

"One day, Smiley put his feet up in front of [Teddy] and he started smiling and making noise," George said. "All of the nurses rushed into the room and said they've never seen him smile -- never seen any kind of reaction."

Now every time Smiley visits the nursing home, Teddy is the first person he sees.

"I think that's when I realized how truly inspiring he can be," George said.

George said the now 12-year-old dog's life is slowly coming to an end.

"He came on my first date with me. He was my ring bearer at my wedding. Then I was pregnant," George described the countless memories. "He's changed my life."

Smiley's changed the lives of hundreds of other men, women and children as well.