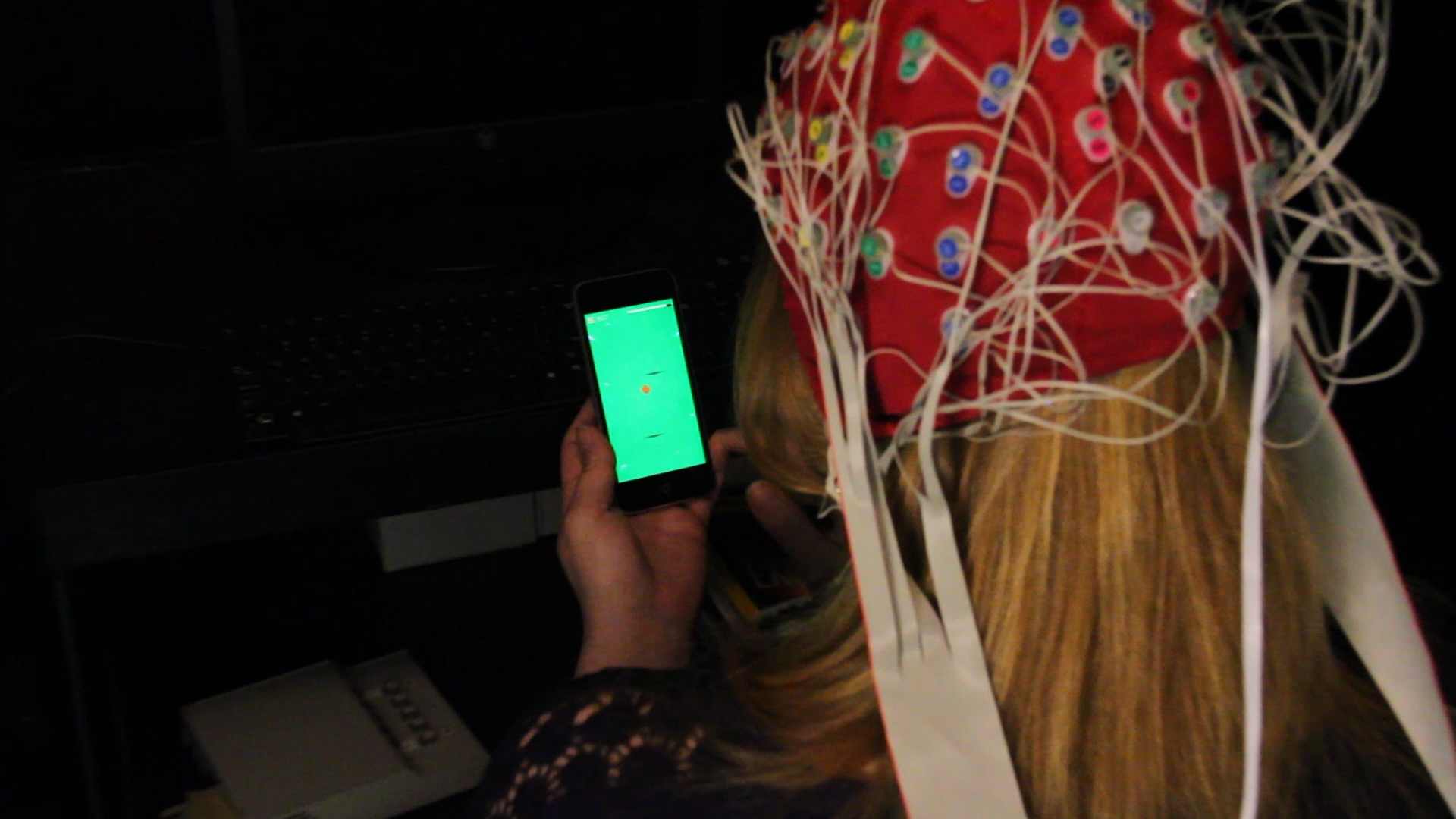 Anxiety relief could be at your fingertips just by playing a game on your smartphone, new research suggests. Not just any game, though. A professor of psychology and neuroscience teamed up with app developers to design a game called Personal Zen that incorporates the latest science to clinically reduce anxiety levels while you play.

Dr. Tracy Dennis, the game's creator and a professor at Hunter College in New York, says the game helps fill a gap in the mental health care system.

"There's really a crisis in mental health now where we have some excellent scientifically-supported treatments for things like stress and anxiety disorders but they're burdensome, expensive, stigmatizing, and time-consuming," Dennis told CBS News. "We as psychologists need to do a better job of developing treatments that people can access that are effective."

About 18 percent of American adults experience anxiety each year, and nearly one-quarter of those cases are classified as severe, according to the National Institute of Mental Health. Less than 37 percent of anxiety sufferers are receiving treatment.

Personal Zen incorporates the psychological concept of cognitive bias modification, specifically a type of therapy called attention-bias modification training. It works by getting people to shift their focus from a threatening stimulus, such as an angry face, to a non-threatening, happy face.

"You can actually retrain your brain to pay attention differently, to focus more on the positive," Dennis explained.

Previous studies have shown cognitive-bias modification to be effective at treating people with high anxiety, but those lab-based studies involved looking at a computer screen with alternating pictures of faces and arrows.

"The old computer one was very tedious and boring" study co-author Dr. Laura O' Toole, a postdoctoral research fellow at Hunter College, told CBS News. "The goal of our study was to 'game-ify' an emerging computerized therapeutic approach in order to attempt to overcome some of the barriers to treatment...by making it more engaging and enjoyable for people to play."

In Personal Zen, happy-faced and angry-faced sprites pop up out of a grassy field. Players earn points by tracing a trail left by the happy-faced sprite as it burrows into the ground; thus they are directed away from the negative, threatening stimulus to instead focus on the happy face.

In a study published last month in Clinical Psychological Science, the researchers tested the game's effectiveness in 25 and 45-minute sessions, after which they asked participants to perform anxiety-inducing tasks like giving a short speech while being videotaped or counting backwards from 1,007 subtracting 11 each time.

Half the participants played Personal Zen, while the others played a placebo version where the trail randomly follows both the happy and angry sprites.

Participants who played Personal Zen scored lower on anxiety measures, and reacted less stressfully to the tasks than people who played the placebo version in the randomized controlled trial.

"Many of them reported feeling relaxed by playing, and enjoyed seeing how their progress was tracked with the different colors and sounds," said O'Toole.

The team is currently testing the app to measure brain activity of participants, and also has ongoing experiments with mildly anxious pregnant women who are playing the game at home. This would also give researchers a chance to not only track moms' anxiety levels, but how stress during pregnancy might affect a baby's development.

"A question that arises often is, 'Well, can't you just play any game and reduce your stress? Can I play Candy Crush and Flappy Bird?'" asked Dennis. "Maybe. But there's no data to support that."

Dr. Scott Bea, a clinical psychologist at the Cleveland Clinic, told CBS News he's excited by the new technology, because retraining the brain takes a fair bit of effort and practice.

"Now getting people to practice in ways that feel like a game or that are a little bit more fascinating for them -- boy, we've been dying for that technology in our profession," he told CBS News.

He added, however, that more research is needed in larger populations. And he said people should not just rely on a game to treat an anxiety disorder without seeking a professional opinion first.

"I think there is a danger in being undertreated," he said. "If you have a significant anxiety condition and you're trying to treat it merely through smartphone apps without getting a proper evaluation, you may be missing the mark."

While mobile technology is thought by some to add to stress and anxiety, Dennis and Bea see it as a part of life.

Dennis hopes that her app and other evidence-supported games using psychological concepts could help people manage anxiety, stress or other disorders rooted in cognitive bias such as addiction or eating disorders. Such games could conceivably be hooked up to other devices -- for example if a FitBit could measure stress -- which in turn could ping someone to play a game to reduce it.

"I think the potential here is unlimited," she said.