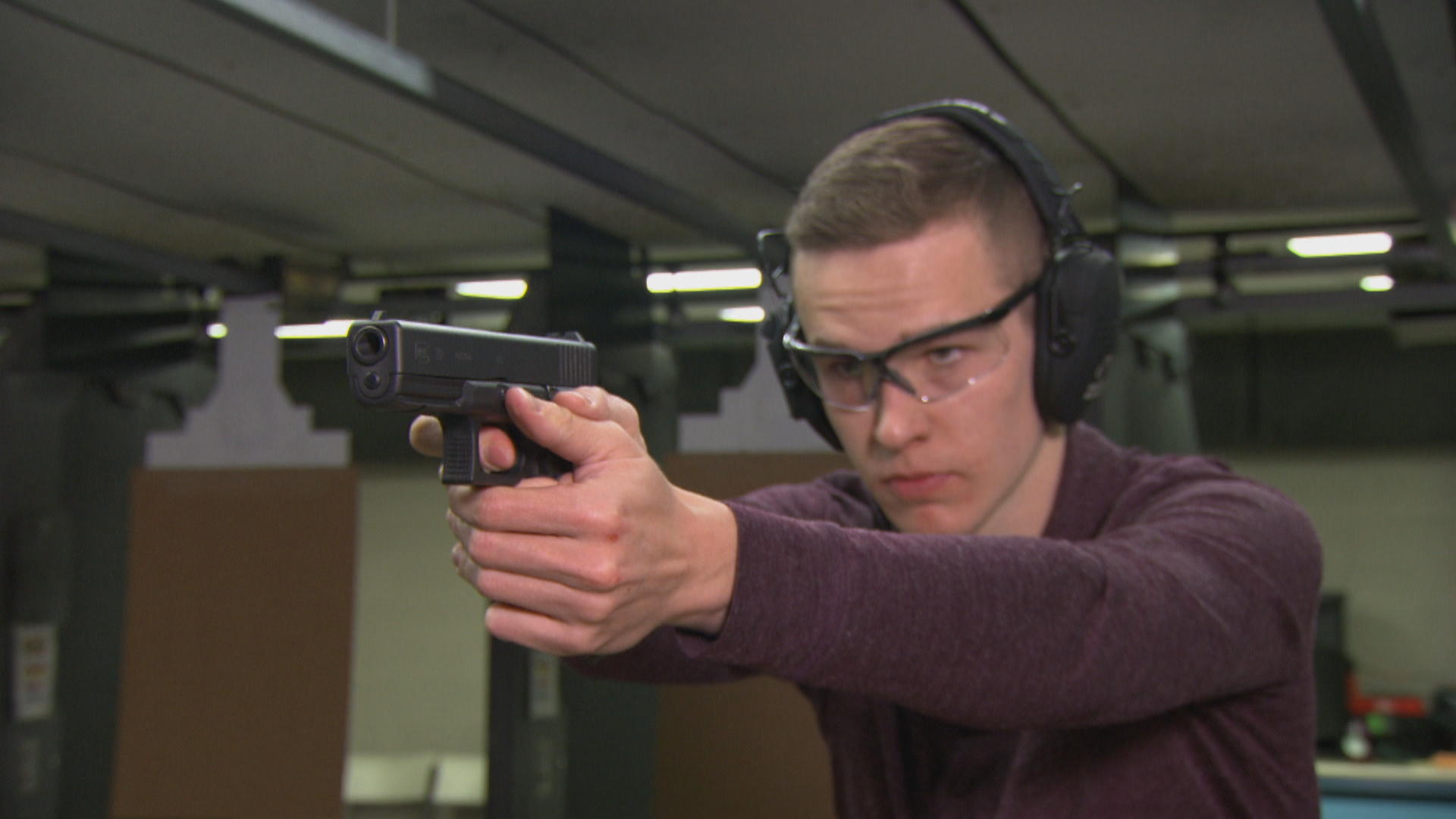 When Kai Kloepfer points his .40 caliber handgun, it fires like any other weapon. But when someone else gives it a try, it doesn’t work. It’s the first firearm with same built-in security as many smartphones.

If the gun is picked up by an authorized user, a sensor recognizes the fingerprint and it will fire.

Guns that only work for their owners used to be the stuff of movies, like James Bond’s gun in “Skyfall,” but Kloepfer thinks he has the technology to make them a reality, reports CBS News correspondent Tony Dokoupil.

“I think this could be huge. I think it could really be the future of firearms,” Kloepfer said.

He’s the founder of BioFire, a start-up still headquartered in his parent’s house in Boulder, Colorado. Now a freshman at MIT, Kloepfer started work on his gun as part of a science project when he was 15 years old.

“There’d be days when I’d sit down … I’d look up 14 hours later. I hadn’t moved from the spot. I hadn’t thought about anything else,” Kloepfer said.

He realized he couldn’t stop mass shootings, but he thought he could still save lives.

After all, in one year alone, nearly 600 people died in firearm accidents. There were thousands more suicides, many committed with guns that do not belong to the victim.

“Why did it take four and a half years to put a fingerprint reader on the side of a gun?” Dokoupil asked him.

“Well, it’s not as simple of a process as you might imagine,” Kloepfer said. “It’s also not something anybody has ever done before.”

The invention has won him some deep-pocketed allies.

“Kai is the Mark Zuckerberg of guns,” Ron Conway said.

Conway was an early investor in Google and Facebook, and now he’s a putting his money behind Kloepfer’s smart gun.

“What Kai has done is used all of the latest technology available us to innovate a truly authenticated gun. You couldn’t do this five years ago,” Conway said.

But a push for similar guns misfired memorably in the late 1990s. A Colt prototype failed in a major demonstration, and Smith & Wesson dropped its smart gun program after resulting boycotts nearly bankrupted the company.

“What has changed from then until now to make it possible to make a smart gun like the one you’re working on?” Dokoupil asked.

“I would argue pretty much everything,” Kloepfer said.

Sanetti expressed concern about the reliability of any firearm that depends on battery power.

“I know, like, when I’m using it, when I’m testing it, it functions almost every single time,” Kloepfer said.

But not every time, as we saw firsthand when Kloepfer’s prototype -- a modified Glock .22 – failed.

Still, he thinks an ultra-fast and reliable final weapon isn’t far off.

“I’m now to the point where… I’m able to start raising money, building a team, sort of really transitioning it to a real company, a real startup – instead of just a kid in his garage working on a science project,” Kloepfer said.

One of the big questions is whether traditional gun owners would ever buy a smart gun. The big gun lobbies say most would not.

But in a poll published last year in the American Journal of Public Health, nearly 60 percent of Americans said that if they were to purchase a new handgun, they would at least consider a smart gun.