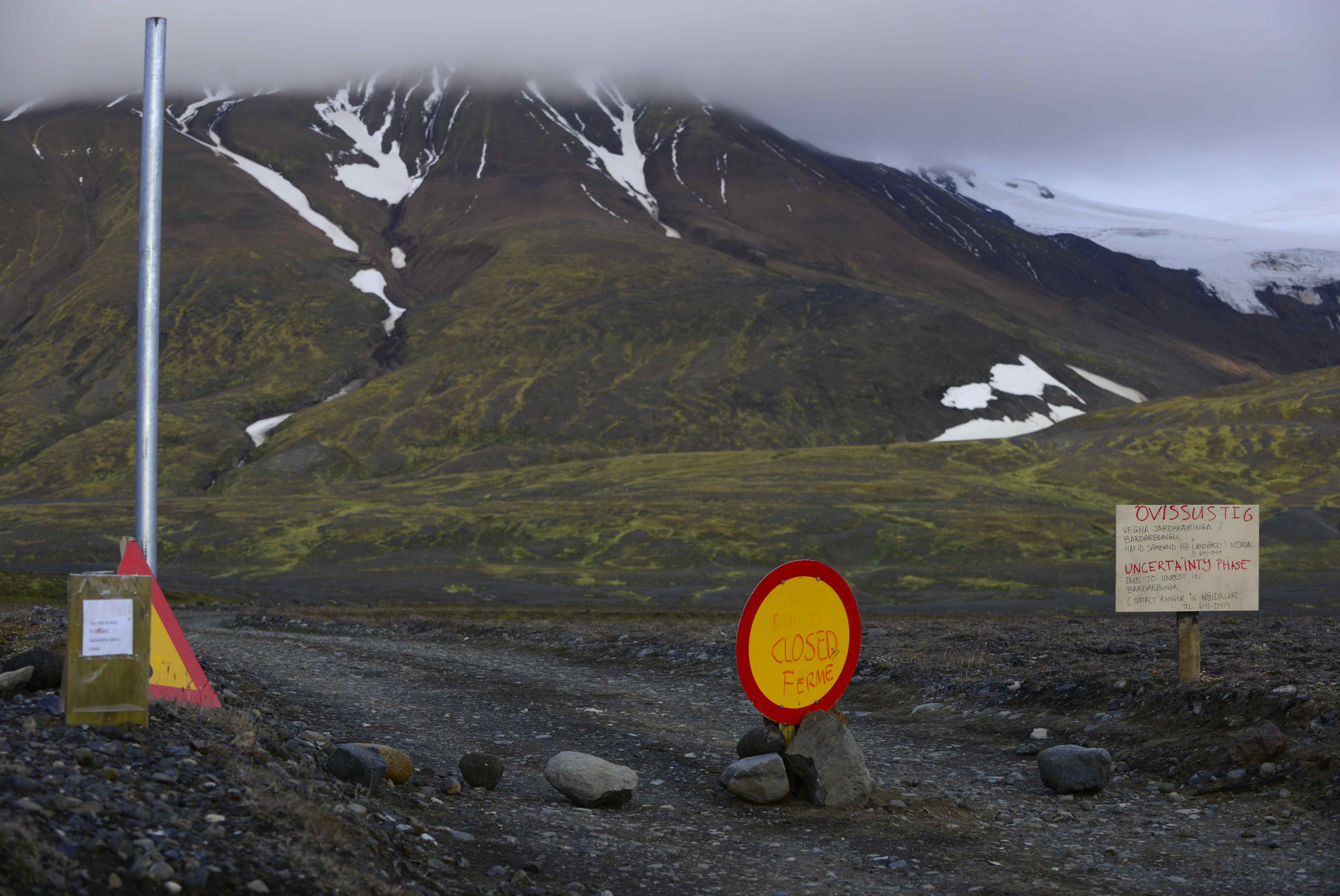 REYKJAVIK, Iceland -- Iceland authorities say there's been a small fissure eruption near Bardarbunga volcano, but no volcanic ash has been detected by the radar system.

It says the aviation alert code has been changed to red, the highest level, but any ash produced has so far been minimal and all airports in Iceland are open. Icelandic Air Traffic Control has closed down the airspace from the ground up to 18,000 feet.

The red warning indicates that an eruption is imminent or underway, with a risk of ash, the Reuters news agency explains.

The eruption occurred in a lava field that's not covered by ice, Reuters notes, adding that the risk of an ash cloud is highest when eruptions happen in lava fields beneath glaciers.