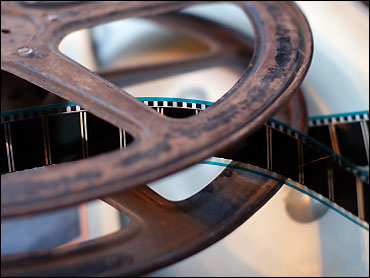 (AP) CRETE, Neb. - The Isis Theatre hasn't changed much since it opened 86 years ago in southeast Nebraska, a stone's throw from the grain elevator and railroad tracks that cut through town.

But in the past few years, the movie industry has changed dramatically, and unless the Isis' owner comes up with $85,000 soon to pay for new digital equipment, residents of Crete, Neb., may have to drive 40 miles to Lincoln for a night at the movies.

It's a prospect that owner Thom Reeves doesn't want to ponder, but like thousands of small-theater operators across the country, he hasn't found a way out.

"This is my passion, to give back to the community," Reeves said. "I love this movie theater. I love what it does for the students I have employed there. We love our patrons. It's such a positive experience going on, and we're just a little sad this conversion is hitting us. How do we survive?"

For small-theater owners, the problem is the sudden switch from 35 mm film, an industry standard since about 1910, to digital — a format that's cheaper for both studios and distributors, and doesn't scratch as traditional film will. The switch means theater owners must buy new projection equipment, computers and a sound system.

Film studio 20th Century Fox has said it will phase out 35 mm film altogether by the end of 2013, and other production companies are expected to follow suit. Traditional film is expected to vanish over the next few years, despite the upcoming U.S. release of "The Master," which was shot with the rare but much higher definition 70 mm film.

Big chains can afford the digital transition, which can be cheaper when buying in bulk for multiscreen theaters. But those who own smaller theaters with one or two screens typically must take out a bank loan to pay for the equipment.

A film industry program can refund up to 80 percent of the cost to theater owners, but the payments are made gradually through fees based on the number of movies shown. To qualify for the help, theaters must have certain profit levels and show a minimum number of films, leaving many small operators without help.

Some small, independent theaters created a cooperative, the Cinema Buying Group, to pool their resources and participate in the industry program, but the cooperative also required a review of each theater's financial strength and other factors. Many of the smallest theaters didn't qualify or were hesitant to join.

Patrick Corcoran, a spokesman for the National Association of Theatre Owners, said costs of converting to digital average around $70,000 per screen. About 60 percent of the nation's 5,750 theaters have switched to all-digital equipment, he said.

The switch to digital began with the 1999 release of "Star Wars Episode I: The Phantom Menace," and accelerated with such computer animated films as Disney's "Chicken Little" and the 2009 Hollywood blockbuster, "Avatar," Corcoran said.

"In some markets, it's going to be a tough climb," he said. "But if you want to be in business as a first-run movie theater, you have to go digital."

Reeves, 46, who also is an insurance manager, said he only paid about $100,000 for the entire Isis Theater and never intended to make money from the operation. A good month brings about a $600 profit, he said, and most of that is spent on electrical fixes, carpet cleaning and other maintenance.

In Onarga, Ill., a city of 1,300 about 80 miles south of Chicago, Randy Lizzio is struggling to save his 75-year-old, single-screen Onarga Theater.

Lizzio launched a fundraising drive, including a dinner and auction with a local Mexican restaurant in a park, but after five months he has raised just $8,500 of the $65,000 he needs.

"The window is just about closed for us," Lizzio said. "... It's really tough for single-screen, little theaters, even though we're historic."

At the Ohio Theatre, a two-screen operation tucked into a row of picturesque downtown buildings in Madison, Ind., owner Tony Ratcliff also hasn't been able to raise the $81,000 needed for a digital conversion.

Ratcliff said he's trying to raise $25,000 for a down payment on a bank loan this fall, but he is behind his goal and now has little more than $9,000. Unless he can install digital equipment by next year, the theater may have to close. Ratcliff and other theater owners are looking at other uses for the theater, such live events, or renting it out for community gatherings.

Ratcliff said traditional, 35 mm film has become scarce, making it harder for his theater and others to get the films they need to stay in business. He pointed to one movie, "Courageous," which was released Sept. 30. Ratcliff said he could have received a digital version of the film in November but ended up waiting until late January to receive it in 35 mm because fewer copies were available. Movies often go to larger theaters first.

"It's only going to get worse, especially for small-town theaters," Ratcliff said. "We're the low man on the totem pole."

Allen Hinkle closed his Bonham Theater in Fairbury, Neb., on Aug. 2, after he couldn't sell the operation or attract enough donations.

It would cost $110,000 to install digital equipment in the 86-year-old theater, a brick structure featuring four large arched windows only a half block from the county courthouse.

As the final day neared, Hinkle said parents in the southern Nebraska town of 4,000 asked him what their kids would do now for entertainment. Hinkle said he didn't know how to respond.

On a warm, breezy night last week at the Isis Theater in Crete, few people showed up to see the 7:15 p.m. screening of "Total Recall."

Among the few were Gene and Robin Mignogna, a couple from Pennsauken, N.J., who were visiting relatives. Gene Mignogna said he was taking his wife on a date to celebrate his 57th birthday.

He smiled as he glanced up at the red and white theater marque.

"There's a kind of nostalgia, coming to places like this," he said.