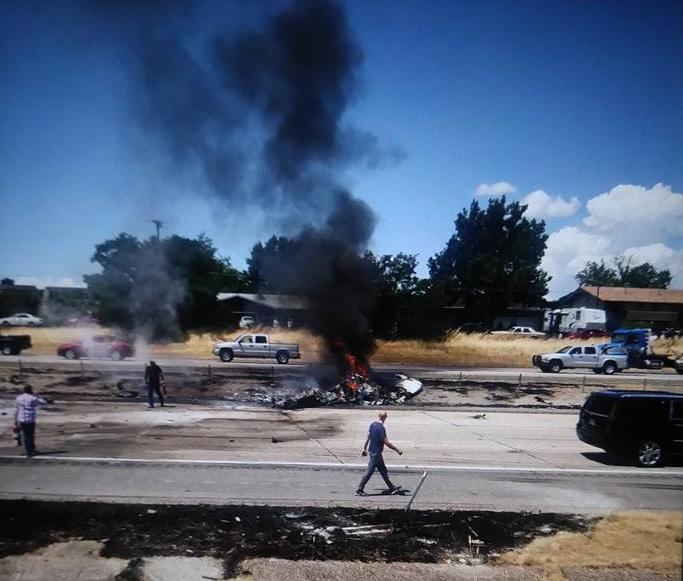 No injuries were reported on the ground Wednesday.

The Utah Department of Public Safety confirmed the deaths north of Salt Lake City but didn't immediately release further information on the victims or the cause of the crash.

The Federal Aviation Administration says the plane took off from a nearby municipal airport and crashed about a half-mile away.

The crash closed most lanes of Interstate 15 in Riverdale, about 35 miles north of Salt Lake City.

Truck driver Obdulio Ruiz tells the Standard-Examiner newspaper in the city of Ogden that it appeared the pilot was trying to land the plane on the interstate just before the crash.

Another witness, Randy Paulson, spoke with CBS affiliate KUTV, saying that the plane was traveling south "trying to gain altitude."

Paulson said the plane looked like it was about 300 feet in the air when the engine made a "super loud sound" and made a vertical drop toward the Interstate, KUTV reports.

"It was a big black solid red ball of fire," Paulson said. "There's no way you could've survived it."

"As soon as it started to make a right bank, it went vertical drop straight down onto the freeway," he told KUTV. "It caught everything on fire."