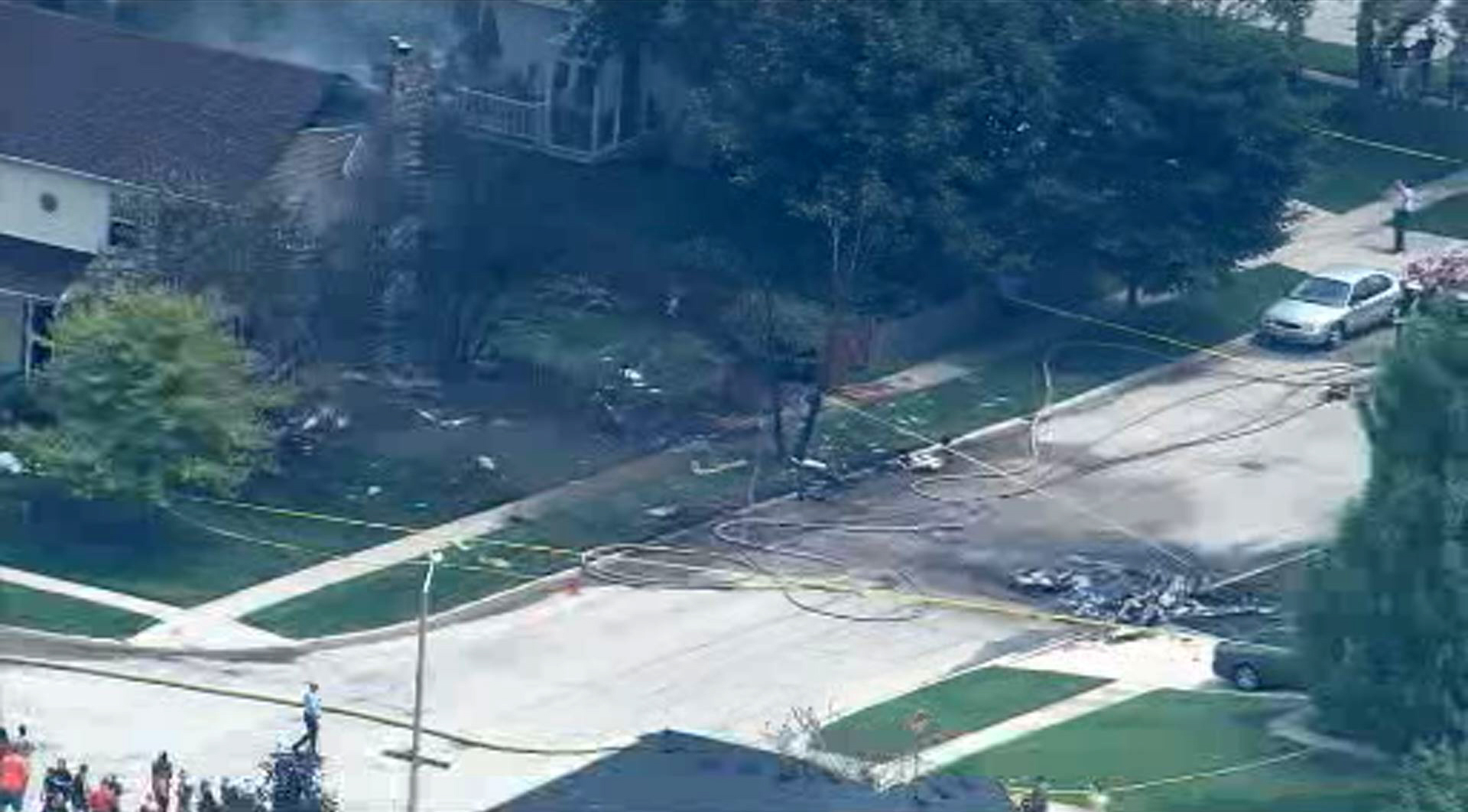 PLAINFIELD, Ill. -- A small plane crashed into a residential neighborhood in a northern Illinois city Thursday morning, killing the pilot and torching the side of a home.

Although it was unclear how many were aboard the aircraft, the pilot was killed in the crash, Joliet City Manager Jim Hock said, adding that it was "very fortunate" no other injuries resulted from the crash.

Authorities believe the fuel tank ruptured when the plane hit the street and ignited a fire that spread to a house to the north, Joliet Deputy Fire Chief Ray Randich said at a news conference.

The crash happened in Plainfield, which is next to Joliet, but the Joliet Fire Department responded to the scene. Plainfield is about 40 miles southwest of Chicago.

It wasn't immediately known where the aircraft took off from or where it was headed. Joliet Municipal Airport and Clow Airport in Bolingbrook are both in close proximity to the crash site.

Federal Aviation Administration spokesman Tony Molinaro said the agency has sent a team to the crash site to determine the type of aircraft involved in the crash and gather information that will be passed on to the National Transportation Safety Board. The NTSB will lead the investigation and determine the cause of the crash.

Aerial television video of the crash site showed that siding from that home was peeling from the structure and smoke rose from the inside. Video also showed parts of a small plane scattered in a street and in the lawn and driveway of a home.

A video posted to Twitter showed smoke rising from the crash site.

One woman told CBS Chicago station WBBM-TV she was walking her dog when she noticed a small white plane that was flying low and appeared to be tipped on its side shortly before the crash.

"The engine didn't sound any different on it," she told the station. "I just thought he was out for kind of a fly and that he was making a very sharp turn because he was literally sideways when he was making a turn, and then I never saw the plane after that."

Andrew Scardina told the station he saw the plane take a very sharp turn before nosediving into the ground.

"I saw the plume of smoke coming up when it hit the ground," he said. "It's just a few blocks from where I was standing."