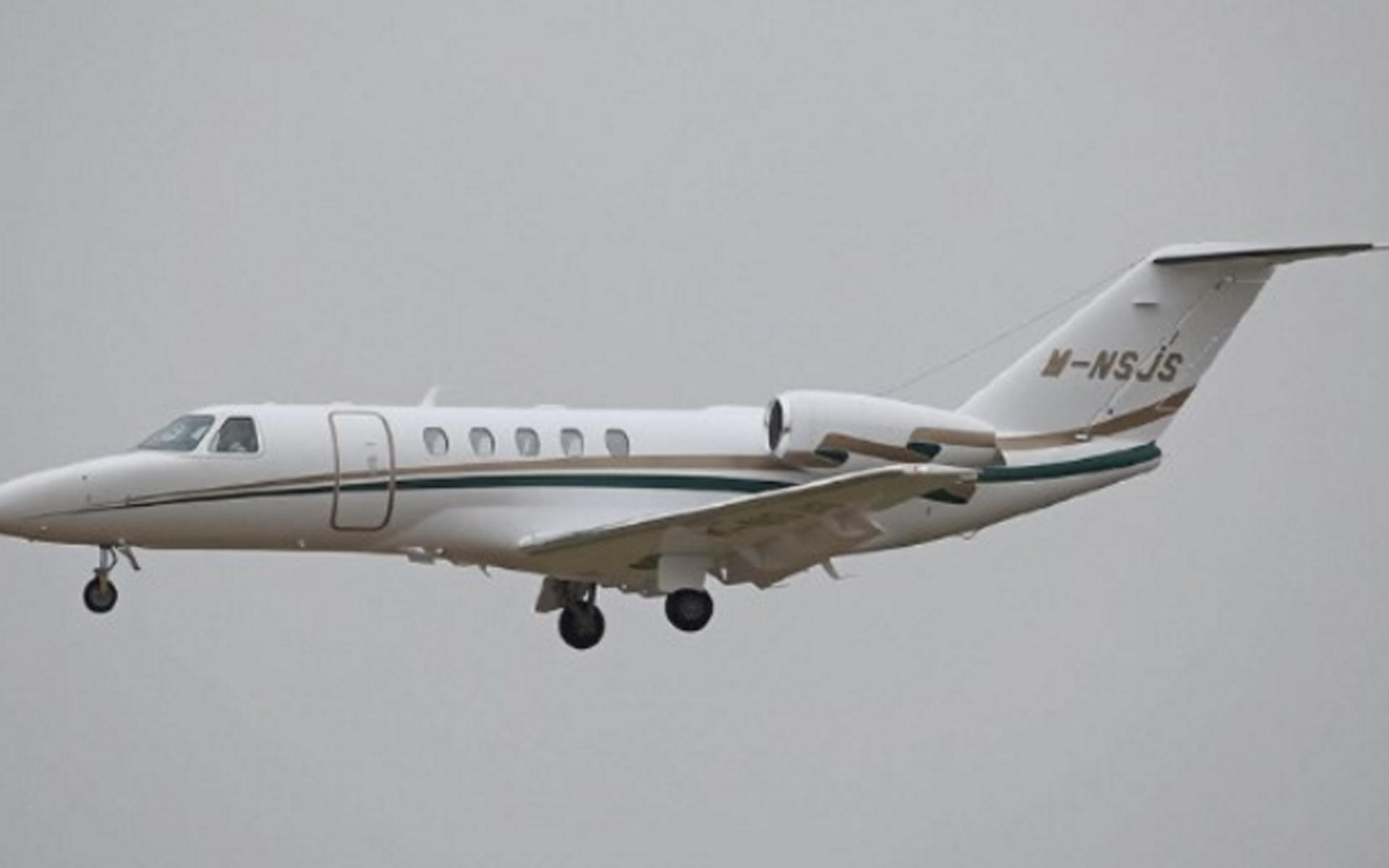 CLEVELAND -- The chief executive of a beverage distribution company was piloting a plane carrying his wife, two sons and two other people when it quickly lost altitude after takeoff from Cleveland’s lakeshore airport and vanished from radar, according to his family and a flight-tracking service Friday.

The five other people on the plane were Fleming’s wife, Sue, teenage sons Jack and Andrew, a neighbor and the neighbor’s daughter, said John W. Fleming, the pilot’s father, and Joseph McHenry, an executive vice president at Superior Beverage.

In a statement, McHenry said that while search and rescue operations were underway “we are focusing our efforts on supporting the families involved.”

“As we all await the results of the search and rescue efforts, our hearts are with John, his wife, their sons, and close friends on board, as well as with their loved ones and everyone in the Superior Beverage family,” the statement said. “This is a difficult day for us, and we appreciate the concern and thoughtfulness extended by so many.”

The U.S. Coast Guard announced it was suspending its search for the plane on Friday at 7:30 p.m., pending further developments. The Coast Guard is no longer expecting to find anyone alive.

The search will have covered more than 128 square miles of Lake Erie, and it spanned more than 20 hours, the Coast Guard said in a statement.

“The decision to suspend a search is never easy,” said Capt. Michael Mullen, chief of response for the Coast Guard 9th District. “I extend my deepest condolences to the family and friends of those who lost loved ones during this tragedy.”

Crews combed Lake Erie for the plane on Friday. They were in search-and-rescue mode, not recovery mode, as they plied waters about 50 feet deep, said Mullen.

Tracking service FlightAware logged only three location pings for the plane after takeoff from Burke Lakefront Airport, and the last one indicated rapid altitude loss. Authorities have said there were no distress signals from the pilot.

The aircraft took off westward from Burke, then turned north across the lake, according to the tracking service flightradar24.com. The departure procedure at Burke could take an aircraft north over the lake before turning south toward a destination, Mullen said.

The plane, which had made the roughly half-hour trip from Columbus earlier in the day, is registered to a limited liability company under the same Columbus address as Superior Beverage.

Authorities have detected “faint hints” but no strong pulse from an emergency locating transmitter, a beacon that could help find the plane, Mullen said. Searchers have found no sign of debris.

When asked about the possibility of the twin-engine jet landing safely on Lake Erie, Mullen said, “Aircraft are not designed to float, especially in 12-foot seas.”

It was also “unlikely” that the plane landed somewhere else, an experienced helicopter pilot said, CBS Cleveland affiliate WOIO-TV reported.

The search overnight was made difficult by snow squalls, high seas and darkness, Mullen said. Weather prevented smaller Coast Guard boats in the Cleveland area from launching. Weather in the area included 12-15 feet seas with winds around 30 knots, WOIO reported.

It would have been the pilot’s responsibility to determine whether it was safe to fly, Mullen said.

The Federal Aviation Administration said the Cessna Citation 525 plane left Burke at 10:50 p.m., and the Coast Guard said it was notified about the missing plane by air traffic control at Burke about 30 minutes later. Investigators from the FAA and National Transportation Safety Board were expected to arrive in Cleveland on Friday.

The aircraft was headed to Ohio State University Airport northwest of downtown Columbus.