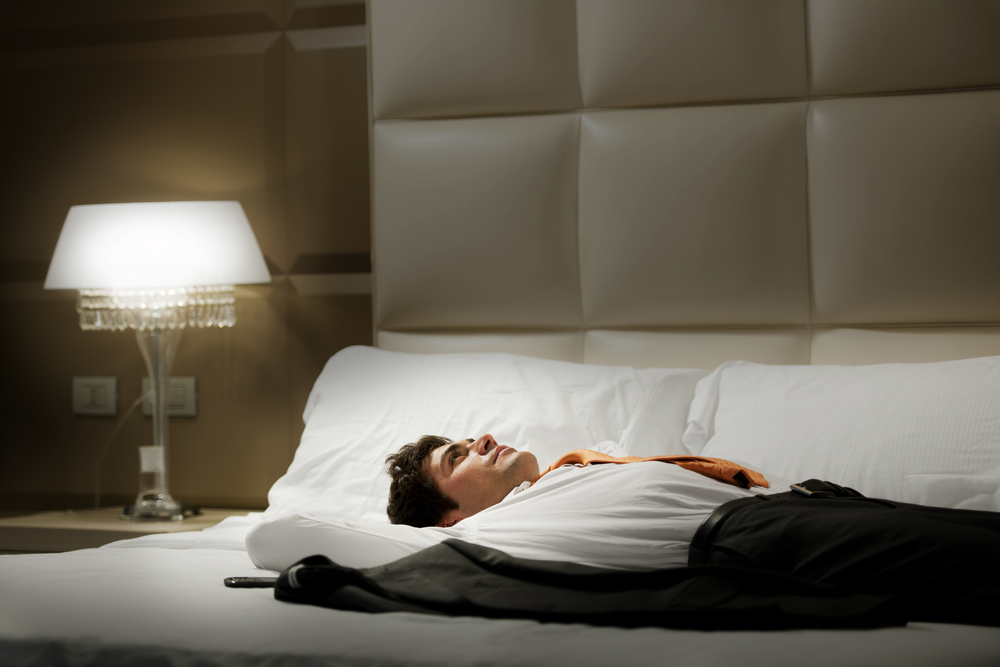 (CBS News) You may want to shut the television or computer off before you get some shut-eye - new research suggests it might affect your mental health. A study found that chronic exposure to some artificial light during the night may lead to depressive symptoms in hamsters.

According to the Ohio State University study, hamsters who spent their nights exposed to dim lights - measured as five times brighter than a full moon and about the same light you'd get in urban cities at night or from having a TV on in a dark room - had more signs of depression.

"The results we found in hamsters are consistent with what we know about depression in humans," Tracy Bedrosian, lead author of the study and doctoral student in neuroscience at Ohio State University, said in the press release.

The researchers wrote in the study, which was published online July 24 in Nature's Molecular Psychiatry, that exposure to artificial light at night (LAN) has increased over the past 50 years, along with rates of depression. Ninety-nine percent of people in the U.S. and Europe deal with LAN. Being exposed to LAN can also lead to increased rates of breast cancer and obesity. Such light may also be linked to mood disorders, although the researchers pointed out that the relationship has not been well-characterized. An American Medical Association summary released earlier this year also detailed the negative health effects of nighttime lighting, adding that it disrupted natural sleeping patterns and hormone release.

After four weeks of this schedule, the group exposed to the dim light lost their appetite for sugar. When they were placed in the water, the dim-light hamsters spent more immobile instead of swimming for safety.

After the experiments, some of the hamsters had their brains removed so the scientists could examine the hippocampus. Hamsters exposed to dim light had more tumor necrosis factor (TNF), a protein from the cytokines family that sends messages in response to injury or inflammation. If constantly pumped into the body, the protein is known to cause depression because it tends to be picked up by receptors in the hippocampus. In a second side study, some of the dim-light hamsters were given a TNF inhibitor called XPro1595, which stops the effects of some TNF in the brain. These hamsters did not show more depressive symptoms than those hamsters exposed to normal light cycles.

"That's why it is very significant that we found this relationship between dim light at night and increased expression of TNF," he added.

The brains also showed a reduction of dendritic spines, or hairlike growths that are used to send chemical messages from one brain cell to the other. The scientists also discovered that the hamsters suppressed the release of melatonin, a hormone that is released in the dark. When it is not released, it can disturb the body's internal clock, leading to stress-induced, depressive behaviors. All these changes have been linked to depression - changes in melatonin during winter months is often tied to seasonal affective disorder. The hamsters exposed to XPro1595 displayed all these physical symptoms, just like the regular group of dim light hamsters.

But, after two weeks of returning some of the surviving hamsters to a normal light cycle with darkness, they regained their taste for sugar and their will to swim for survival.

"The good news is that people who stay up late in front of the television and computer may be able to undo some of the harmful effects just by going back to a regular light-dark cycle and minimizing their exposure to artificial light at night," Bedrosian said. "That's what the results we found in hamsters would suggest."