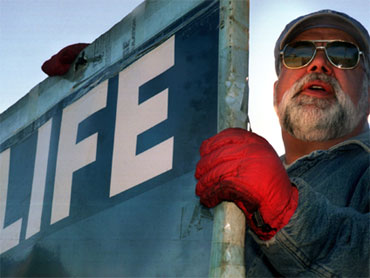 There may be new meaning to the phrase: "Sleep on it!"

A new study, conducted by German scientists and published in the journal "Nature," suggests that getting eight hours of sleep at night can stimulate creative thinking the next day.

Scientists at the University of Luebeck in Germany found that volunteers taking a simple math test after eight hours of sleep were three times more likely than sleep-deprived participants to figure out a hidden rule for converting the numbers into the right answer. These results suggest that something occurs in the brain during the eight-hour sleep cycle that stimulates creative thinking.

On The Early Show, Dr. Neil B. Kavey, director of the Sleep Disorders Center at Columbia-Presbyterian Medical Center, explains the findings: "They took a group of subjects, men and women ages 13 to 81 and taught them how to do a mathematical task: work with the numbers, come up with an answer, work with another group of numbers, come up with another answer, a series of problems.

"After they learned how to do this task, they took an eight-hour break. One third went to sleep for eight hours. One third stayed up all night and the other third actually learned the problems, how to work them in the morning and stayed up during the day. So it was a regular day for them. Then they all went to work with these mathematical problems. There was a little catch, however. There was part of the test, a little trick, if they noticed a shortcut, they could do this six-step task in two tasks."

That's where the creative element came in. Dr. Kavey says, "The results were that the people who slept eight hours had a three times greater incidence of noticing the shortcut, of saying, 'My goodness, I can work with these numbers this way.'"

He tells co-anchor Hannah Storm, "It looks as though what goes on, as people take the junk in the bottom of a closet and organize it on shelves, so when you look at the material after a sleep period, you can be more creative, see it more clearly and can work with it in different ways."

It's estimated over 80 million Americans are sleep-deprived. So "get your sleep," Dr. Kavey says.

" We know you make more errors, slips of the tongue, calculation errors, if you don't get enough sleep. This says not only if you get enough sleep, you'll make less errors, but be more creative, solve problems better, think more clearly."