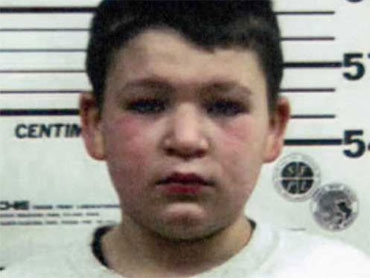 How young is too young for a child to go on trial for murder?

Jordan Brown, a 12-year-old western Pennsylvania boy, is accused of killing his father's fiancée a year ago.

If prosecutors get their wish, he could become one of the youngest Americans ever to face life in prison.

Brown is accused of taking a 20-gage shotgun and murdering Kenzie Houk, 26, in their farmhouse. Her unborn child also died.

Prosecutors allege there was tension between the boy and Houk, adding he was jealous of her and her two children, reports CBS News correspondenr Kelly Wallace.

"This is an execution-style killing," contends prosecutor Anthony Krastek. "You could not be more defenseless and innocent than this woman" was.

If a judge agrees with prosecutors, Wallace points out, Brown would be the youngest defendant in Pennyslvania's history to be tried as an adult.

At a recent court hearing, a psychologist called by the defense said Brown told him he didn't kill Houk.

The defense contends the only witness -- the victim's now 8-year old daughter -- is unreliable and changed her story when talking to investigators.

His family and his lawyers assert Brown has no history of bad behavior or violence, and insist he should be tried as a juvenile. If convicted in juvenile court, he could only stay in detention until he's 21.

"Because he's a child," says Brown defense lawyer David Acker, "there's not much question: He was 11 years of age when he was arrested."

Houk's friends believe justice will only be served if Brown spends the rest of his life behind bars.

One of them., Brenda Mooney, says, "Anyone who knows how to muffle a gun so no one else can hear it has a mind of an 18 year old."

Prosecutors want their own psychologist to evaluate Brown.

The next hearing in the case is set for early next month.

Jeanine Pirro, host of the "Judge Jeanine Pirro" program and a former New York area district attorney, told "Early Show" co-anchor Maggie Rodriguez the complicating factor here is how little leeeway there is in Pennsylvania law. She adds that 12 is too young for someone to be looking at possilbe life in prison: