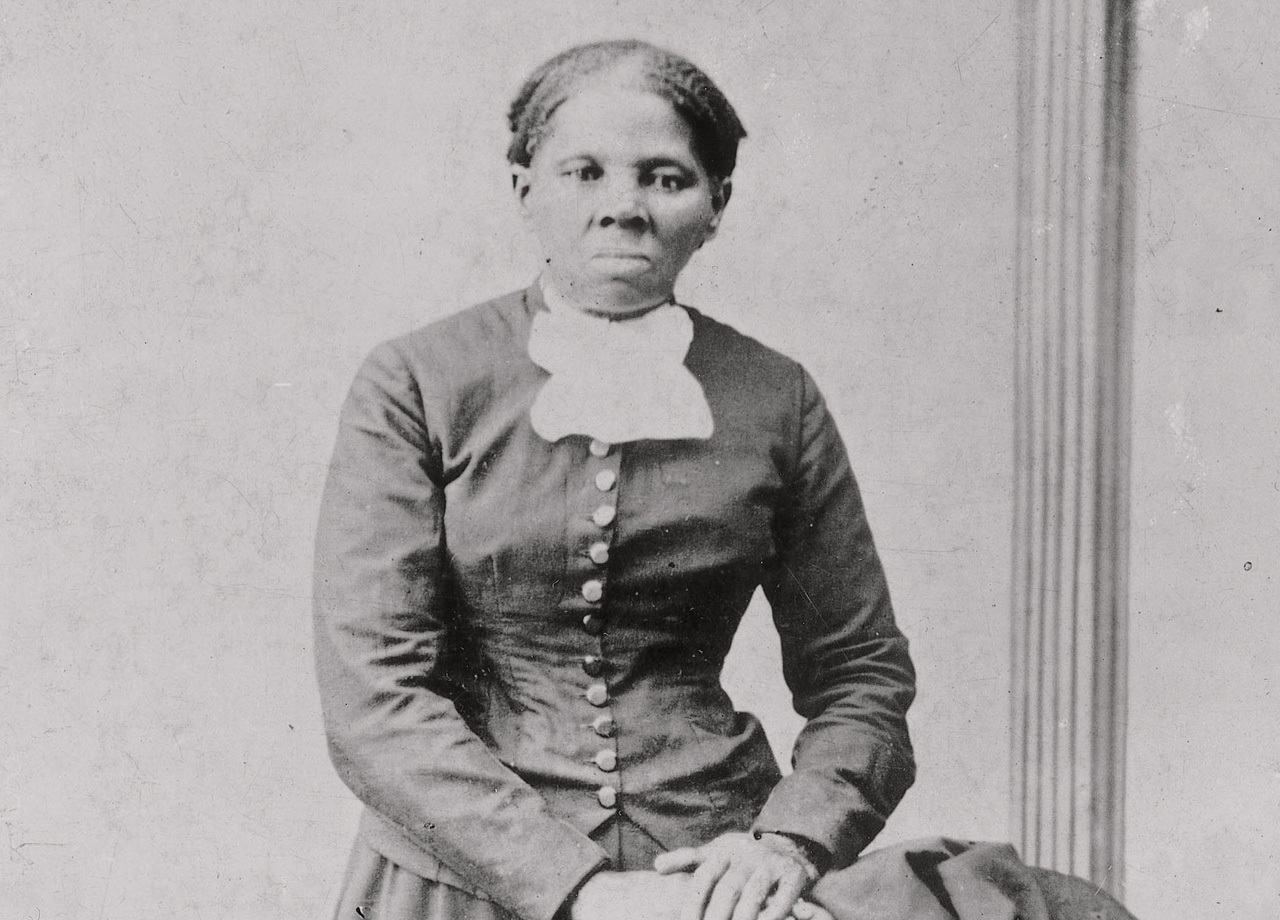 WASHINGTON — In the Confederate circles he navigated, John Scobell was considered just another Mississippi slave: singing, shuffling, illiterate and completely ignorant of the Civil War going on around him.

Confederate officers thought nothing of leaving important documents where Scobell could see them, or discussing troop movements in front of him. Whom would he tell? Scobell was only the butler, or the deckhand on a rebel sympathizer's steamboat, or the field hand belting out Negro spirituals in a powerful baritone.

In reality, Scobell was not a slave at all.

He was a spy sent by the Union army, one of a few black operatives who quietly gathered information in a high-stakes game of cat-and-mouse with Confederate spy-catchers and slave masters who could kill them on the spot. These unsung Civil War heroes were often successful, to the chagrin of Confederate leaders who never thought their disregard for blacks living among them would become a major tactical weakness.

"The chief source of information to the enemy," Gen. Robert E. Lee, commander of the Confederate Army, said in May 1863, "is through our negroes."

Little is known about the black men and women who served as Union intelligence officers, other than the fact that some were former slaves or servants who escaped from their masters and others were Northerners who volunteered to pose as slaves to spy on the Confederacy. There are scant references to their contributions in historical records, mainly because Union spymasters destroyed documents to shield them from Confederate soldiers and sympathizers during the war and vengeful whites afterward.

"These kinds of spies and operatives come up over and over again, many of them unnamed and rarely do they receive glory," said Hari Jones, curator of the African American Civil War Museum in Washington, who lectures on the Civil War's African American spies.

Jones and other experts are hoping the 150th anniversary of the Civil War will include some measure of remembrance for these officers, some of whom are included in exhibits at the African American Civil War Museum's new facility, which will hold its grand opening on July 16-18.

Allan Pinkerton, head of the Union Intelligence Service at the onset of the Civil War, detailed his recruitment of black spies in his autobiography, including a couple of successful missions by Scobell and the extraction of valuable papers from a Union defector. Scobell in particular, Pinkerton said, was a "cool-headed, vigilant detective" who easily duped the Confederates around him by assuming "the character of the light-hearted, happy darkey."

"From the commencement of the war, I have found the negroes of invaluable assistance and I never hesitated to employ them when after investigation I found them to be intelligent and trustworthy," Pinkerton said.

Harriet Tubman is the most recognizable of these spies, sneaking down South repeatedly to gather intelligence for the Union army while also leading runaway slaves to freedom through the Underground Railroad. Often disguised as a field hand or poor farm wife, she led several spy missions into South Carolina while directing others from Union lines.

Another spy, Mary Elizabeth Bowser, was born a slave to the Van Lew family, who freed her and sent her to school. Bowser then returned to Richmond, where Elizabeth Van Lew was running one of the war's most sophisticated spy rings.

Somehow, Van Lew got Bowser a job inside the Confederate White House as a housekeeper. Bowser then proceeded to sneak classified information out from under Confederate President Jefferson Davis' nose.

According to the memoirs of Thomas McGiven, the Union spymaster in Richmond whose cover was that of a baker who delivered to the Confederate White House, Bowser "had a photographic mind. Everything she saw on the Rebel President's desk she could repeat word for word. Unlike most colored, she could read and write. She made the point of always coming out to my wagon when I made deliveries at the Davis' home to drop information."

Stories about Bowser, who is also known as Ellen Bond, Mary Jones or Mary Jane Richards, show up as early as May 1900 in Richmond newspapers, and her name was revealed in 1910 in an interview with Van Lew's niece, according to Elizabeth Varon, author of a book about Van Lew.

There is no proof that Bowser existed beyond these recollections. Van Lew, like Pinkerton before her, requested that Union forces turn over all her intelligence records at the end of the Civil War and destroyed them, leaving no proof of her vast network.

But Varon's book suggests that Bowser's true name was Mary Richards, she survived the Civil War and married a man named Garvin. Richards even writes in an 1867 letter that during the Civil War she was "in the service ... as a detective."

Others are not as well-known.

Take, for example, the three slaves who escaped the Confederate army on Morris Island, outside Charleston, S.C., in 1863 and went to Union Brig. Gen. Q.A. Gillmore with crucial information.

"They were officers' servants, and report, from conversations of the officers there, that north and northwest faces of Fort Sumter are nearly as badly breached as the gorge wall, and that many of our projectiles passed through both walls, and that the fort contains no serviceable guns," Gillmore said in a report to his army superiors.

Using African American troops, Gillmore later ordered the attack on Fort Sumter, with was retaken by the North in February 1865, almost four years after the Civil War began with the Confederates firing on the federal facility and taking it over.

One such informant was Marie Louvestre (sometimes spelled Touvestre in historical records), a former slave working for a Confederate engineer who was transforming the USS Merrimac into the Virginia, the first Confederate ironclad warship. Realizing the importance of her employer's breakthrough, Louvestre took some of the paperwork, headed north and requested a private meeting with Navy Secretary Gideon Wells.

The Union navy was working on a similar ship, the USS Monitor. Louvestre, Wells said in an 1873 letter, "told me the condition of the vessel, and took from her clothing a paper, written by a mechanic who was working on the `Merrimac,' describing the character of the work, its progress and probable completion."

The Union navy intensified its construction of the Monitor and sailed it down to Virginia, leading to the world's first ironclad naval battle, a stalemate that kept the rebel navy from breaking the federal blockade of Norfolk.

Union forces weren't the only ones operating a black spy network in the South.

Black abolitionists also ran a vast private network called the "Loyal League," "Lincoln's Legal Loyal League" or the "4Ls," which spied for the North and spread word about the war among the black slaves. Scobell was a member of the 4Ls, Pinkerton said, and used the network to get information to Washington, D.C.

"I traveled to about the plantations within a certain range, and got together small meetings in the cabins to tell the slaves the great news. Some of these slaves in turn would find their way to still other plantations — and so the story spread. We had to work in dead secrecy," with "knocks and signs and passwords," said George Washington Albright of Holly Springs, Miss., in 1937.

Utmost secrecy was needed for these spies because of the consequences for those who were caught.

James Bowser, a free black from Nansemond County, Va., decided to help the Union army by spying on the South, according to Virginia Hayes Smith of Norfolk, Va., an elderly black lady who related Bowser's story to Virginia Writers Project field interviewers in 1937. Her recollections were subsequently published in the book "Virginia Folk Legends."

Bowser's white neighbors, some of whom coveted Bowser's farmland, heard rumors of his activities, Smith said. A mob of planters attacked Bowser's house at night and dragged out Bowser and his son.

"After severely beating both father and son, the horde made Bowser lie on the ground and stretch his neck over a log like a chicken on a chopping block," said Smith, "Then someone cut his head off. The plan was to kill the boy in the same manner, but the more thoughtful ones disagreed. They suggested that he be left to carry the news of this ghastly example back to the other Negroes. The mob gave in."

Another Virginian, a free black bricklayer named Martin Robinson, was killed on the spot.

Robinson was considered "faithful and reliable" by the Union hierarchy, and already had helped Union officers escape from the infamous Libby Prison in Richmond, wrote Louis M. Boudrye, chaplain of the 5th New York Calvary.

Union forces wanted to attack Richmond in 1864 to free Union soldiers and spies held by Confederates at Belle Isle, a small island in the middle of the James River. Colonel Ulric Dahlgren was to cross the James River eight miles to the south and press north into the city while other Union forces attacked from other directions. Robinson, who lived in the area, was sent by the Bureau of Military Intelligence to take Dahlgren's troops and horses to the best place to cross the river.

When they arrived, the river was impassable. Robinson panicked. Dahlgren decided Robinson had deliberately deceived him. However, the river normally would have been passable had it not been for flooding from heavy rains, Confederate veteran Richard G. Crouch said in 1906.

"The colonel ordered him to be hung — a halter strap was used for the purpose, and we left the miserable wretch hanging by the roadside," Boudrye said.