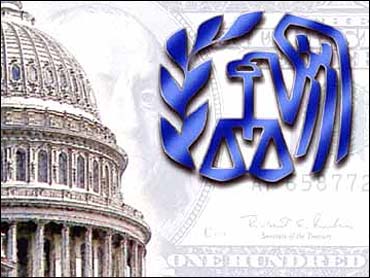 Some African-American leaders have been asserting for years that descendants of American slaves are entitled to reparations from Uncle Sam. Right or wrong, no law to that effect has been passed.

But that didn’t stop 80,000 African-Americans from filing claims for reparations last year, up from 11,000 the year before, according to the Internal Revenue Service. The IRS calls it the biggest tax scam to date.

Yet the agency admits it’s shelled out more than $1 million to people claiming the non-existent “Black Investment Tax.” Individual checks apparently ranged from $40,000 to $100,000.

The recipients had better not spend the money.

“If you receive money erroneously from the government, you are required to give it back,” IRS Commissioner Charles Rossotti told Pinkston.

What’s the rationale behind the bogus refund requests?

Self-taught financial consultant Vernon James, who got $40,000 himself in a “reparations” refund, says African-Americans and white Americans alike have the right not to pay taxes. In the case of the former, “The IRS took money from slaves. They are taking money from Americans. That is an investment. They have a right to get it back,” James says.

James started advertising that, for $500, he would file for the “Black Investment Tax” for African-Americans. He used IRS form 2439, normally used by investors who have assets in a trust.

More than 300 people sent James their completed tax returns, along with a total of at least $173,000 to file for the Black Investment Tax refund for them.

James was caught and sent to federal prison for six-and-half-years after being convicted of tax fraud. He defended himself during his trial, and remains unrepentant and defiant, according to correspondent Pinkston.

“Promoting a false scheme like this is a very serious crime,” commissioner Rossotti says. “Promoters are really in trouble if they get caught and they’re prosecuted.