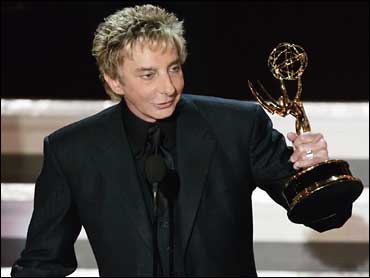 The wife of one of ten oil workers kidnapped in the Amazon last October blames the oil company for the murder of her husband and is demanding the company pay up to free the remaining captives.

Ronald Sander, whose body was found this week, was shot five times and covered with a piece of paper. According to a message written on the sheet, the American was killed because the oil drilling company refused to pay a ransom, originally reported as $80 million.

"I did ask them several times to pay the money," she said Monday, appearing with Sander's sister. "I don't care how much. I felt like they should do it. They let me down and they let Ron down by not paying the ransom."

"The money should have been paid. The time lapse was long enough and they should have paid it and gotten the hostages out of there," added Sander's sister, Cindy Redinger.

And Redinger said the money still should be paid. "His death will not have been in vein if they can get the others out."

The body of Sander, 54, was found on Wednesday near Lago Agrio, just south of the border with Colombia. He had been well-fed and looked after by his captors before being killed, Quito's morgue director said Friday.

Sander, an employee for 24 years of the drilling firm Helmerich & Payne, had been shot to death five times early Wednesday and his body draped with a white cloak reading "I'm a gringo. For nonpayment of the kidnapping at company HP Pompeya DG."

The hostages were seized Oct. 12 from an oil camp in Ecuador's El Coca region, about 150 miles east of Quito.

A former senior officer in Ecuador's police said sustaining eight captives in the Amazon for nearly four months was a tough task. He added such a task would require advanced planning on the part of the kidnappers.

"It's an investment. They invest in food, in information," former commander Jorge Villaroel said. He recalled the 1999 kidnapping of 12 Canadian oil workers in Ecuador's Amazon jungle, who were all released unharmed after three months. No one claimed responsibility for the kidnapping.

Villaroel suspects the kidnappers are a mix of local criminals and former Colombian guerrillas seeking financial gain, operating on both sides of the 370-mile border between the two nations.

Ecuador, an Andean nation of 12.4 million, has blamed the kidnapping on criminals from Ecuador and possibly Colombia.

Among the kidnap victims are four other Americans, a Chilean, an Argentine and a New Zealander. Two Frenchmen also were seized, but escaped days later.

The other Americans have been identified as Helmerich & Payne employee David Bradley, of Casper, Wyoming; and Arnold Alford, Steve Derry an Jason Weber, all employees of the Oregon-based Erickson Air-Crane Co., and residents of Gold Hill, Ore.

One hostage negotiator, quoted in an Ecuadorian newspaper, said he expects another man could be killed in a few days if the demands are not met.

The killing has sent fear through the oil camps in Ecuador's petroleum-rich northeastern jungles, where the U.S. Embassy estimates some 300 Americans work - a number that could double when construction begins on a new pipeline later this year.

"We are deeply saddened by the tragic loss of Ron Sander and extend our deepest sympathy and prayers to his family and friends," said Hans Helmerich, the company's president and chief executive officer.

"Ron had over 24 years of faithful service to the company and his loss will be felt throughout our organization."

Sander, 54, worked as a toolpusher on a Helmerich & Payne drilling rig when he was abducted, the company said. He is from Missouri, but Helmerich & Payne declined to release his hometown. Officials said the company had been working for four months to attempt to win the release of Sander and the other hostages.

Sander will be buried Tuesday. He leaves behind a wife and five grown children, as well as grandchildren.

©MMI Viacom Internet Services Inc. All Rights Reserved. This material may not be published, broadcast, rewritten, or redistributed. The Associated Press and Reuters contributed to this report