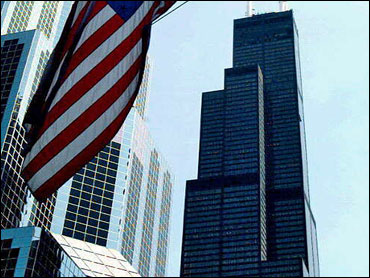 It's impossible to build skyscrapers that could withstand the kind of attack that destroyed the World Trade Center, but experts say steps can be taken to improve the overall safety of tall buildings.

"We can't design buildings to withstand inbound airline or missile attacks," said Ron Klemencic, who leads a U.S. group of construction experts formed after the Sept. 11 strike on the 110-story twin towers.

"But it is possible to make them safer against other types of terrorist attacks, such as truck bombs and biochemical hazards," Klemencic said in an interview Tuesday, at the end of an international conference on urban development.

Klemencic and other officials at the three-day meeting in London agreed the World Trade Center did well by surviving the impact of the hijacked jetliners long enough to give many people time to escape. His task force had previously concluded that tall buildings
are basically safe, and that existing building codes in America are adequate.

However, three months after several thousand people died in the World Trade Center and U.S. forces targeted Afghanistan in their battle against terrorism, conference participants acknowledged there is widespread concern about skyscraper safety.

The three largest skyscrapers in the world are the Petronas Towers in Kuala Lumpur, Malaysia, the Sears Tower in Chicago and the Jinmao Building in Shanghai, China. New skyscrapers are being planned or built in London, Shanghai and Hong Kong.

Britain's Prince Charles joined many others at the conference - which included 60 speakers from 25 countries - in saying the age of the skyscraper is far from over.

The prince, who has often criticized modern architecture, said skyscrapers should only be made as tall as necessary, and in historic cities such as London should be located in sections where they fit in properly.

"Trying to make them ever taller than the other person's building is surely taking the commercial macho into the realms of adolescent lunacy," he said in his speech.

Though skyscrapers can't be built to withstand the impact of a commercial jet, Klemencic said architects and designers are trying to fortify buildings against other kinds of attacks.

For instance, in New York, he said, most buildings' emergency generators are located under the sidewalk, with steel grating on top to allow ventilation - possibly making them vulnerable to terrorists. These generators might be safer under the buildings or
on rooftops.

Designers are also reconsidering the positions of air vents to prevent their use in biochemical attacks, he said.

Not everyone was happy to see Prince Charles at the meeting. But the royal - who once called modern building in London a "monstrous carbuncle" - showed a sense of humor as he fielded questions on how it came to pass that he was chosen to address the meeting.

"I can only imagine that, like a bottle of HP sauce, I am to be used as a means of adding a bit of piquance to the menu," said the Prince. "I can also imagine that my presence is about as welcome as a police raid on a brothel."