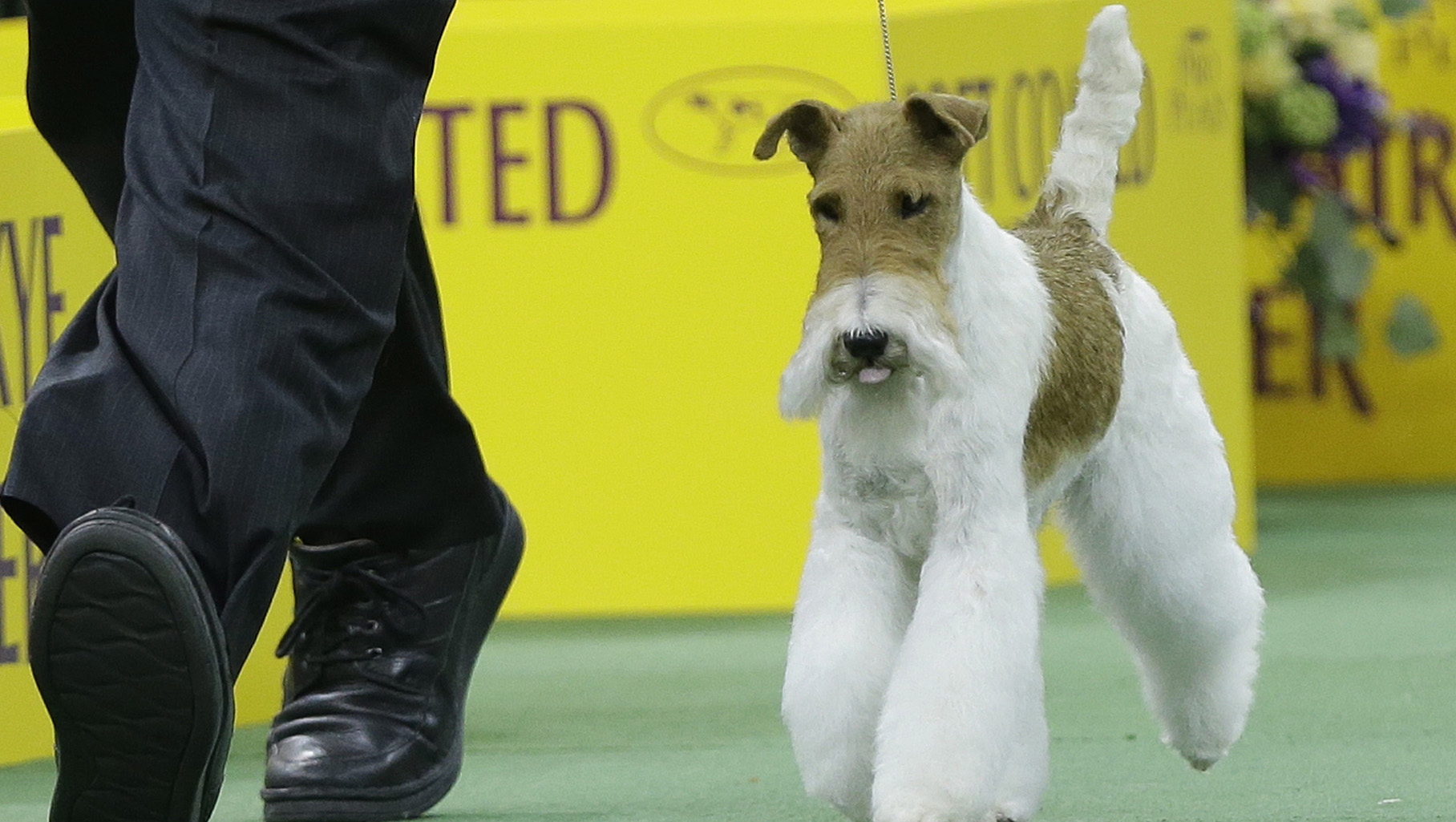 The No. 1 show dog in the country last year, Sky went wire to wire.

She beat out a standard poodle, a Portuguese water dog, bloodhound, an Irish water spaniel, a Cardigan Welsh corgi and a miniature pinscher.

Judge Betty Regina Leininger picked the winner inside a nearly full Madison Square Garden as the fans called out for their favorites. The standard poodle named Ally was chosen as the runner-up.

This was the record 14th time a wire fox terrier has won at the nation's top dog show. No other breed has won more than eight times.

Handler Gabriel Rangel, who won Westminster four years ago while guiding Sadie the Scottish terrier, led Sky to her 129th best in show ribbon overall. She became a Triple Crown winner in dogdom, having previously taken the National Dog Show and the top AKC event.

The 5-year-old Sky lives in Rialto, Calif., with Rangel.

There were 2,845 dogs entered in the 138th Westminster Kennel Club show. They were eligible in 190 breeds and varieties.

Nathan the bloodhound was clearly the crowd's pick as all seven dogs circled around in the final ring.

But once again, a terrier prevailed. Terriers have taken 46 of the 105 best in show ribbons presented at an event that dates to the late 19th century.

Sky entered the ring only a half-hour or so after winning the terrier group, and was still fresh.

"We're kind of saving it," Rangel said shortly before the best-of-seven competition.