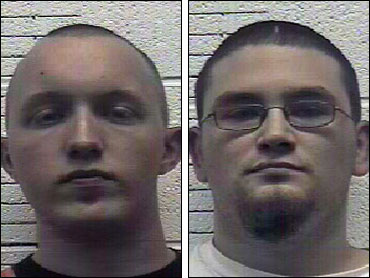 An Arkansas man pleaded guilty Thursday to charges he plotted to kill then-Sen. Barack Obama and dozens of other black people in 2008.

Paul Schlesselman, 19, of Arkansas, pleaded guilty to one count of conspiracy, one count of threatening to kill and harm a presidential candidate and one count of possessing a firearm in furtherance of a crime of violence.

He faces up to 10 years in prison when he is sentenced in April.

A co-defendant, Daniel Cowart, 21, of Tennesse, remains in custody.

Authorities have described the two as white supremacist skinheads who hatched a plot for a cross-country robbery and killing spree that was to culminate with an attack on Obama, who was then a candidate for president.

They were arrested in October 2008 and have been held without bond since.

"Despite great civil rights progress, hate-fueled violence remains all too common in our country, as illustrated by this unthinkable conspiracy," Thomas E. Perez, assistant attorney general for the Civil Rights Division in the Justice Department, said in a statement.

An afterhours message left with the federal public defenders office, who represented Schlesselman, was not immediately returned Thursday evening.

Authorities have said that although the two had enough guns to create carnage, they never got close to carrying out their plans.

When arrested, Cowart and Schlesselman were staying with Cowart's grandparents in rural northwest Tennessee. Much of the government's evidence against the two was seized by sheriff's deputies from the grandparents' home. Items seized from the home included a sawed-off shotgun, a high-powered rifle, a handgun and several swords and knives.

Federal investigators have said the two gave statements about their plans, which included shooting at Obama from a speeding car while wearing white tuxedoes and top hats.

Prosecutors have said investigators were looking for Schlesselman and Cowart on a tip from an informant when the two drove up to the home of Cowart's grandfather in a car emblazoned with a large swastika on the hood and the slogan "Honk if you love Hitler" on the back.

Authorities say Cowart and Schlesselman met over the Internet where they shared common white supremacist views.