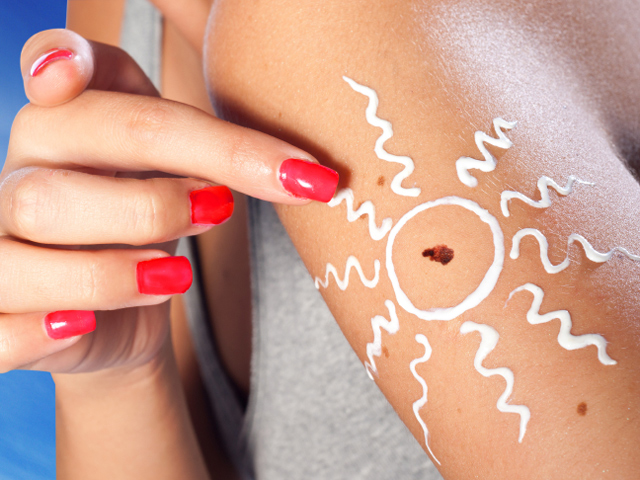 For the study, researchers looked at medical records from nearly 179,000 individuals from Northern Denmark that were collected between 1991 and 2002. The researchers were looking to see if taking the medications, collectively called nonsteroidal anti-inflammatory drugs (NSAIDs), reduced a person's risk of developing the three major kinds of skin cancer: basal cell carcinoma, squamous cell carcinoma, and malignant melanoma.

Aspirin: Can it stem growth of cancer?
Taking daily aspirin to prevent a heart attack? Don't stop, warn doctors
PICTURES: Is it skin cancer? 38 photos that could save your life

Previous studies have tied taking NSAID's to protective benefits against cancer, including research published in March that found taking aspirin everyday reduced a person's risk for deadly cancers of the colon, lungs, prostate or breast, HealthPopreported. Aspirin has also been called a "wonder drug" because of its protective benefits against heart attack and stroke in those who take it daily.

When it came to skin cancer, the new study identified 1,974 cases of squamous cell carcinoma, 13,316 diagnoses of basal cell carcinoma, and 3,242 cases of malignant melanoma among study participants. Further analysis revealed people who had filed two or more NSAID prescriptions during the study period were 15 percent less likely to develop squamous cell carcinoma and a 13 percent lower risk of developing malignant melanoma than those who filled less than two prescriptions. The effect was stronger in those taking the painkillers for seven years or longer or at a high intensity.

Taking NSAIDs did not seem to reduce a person's risk of developing basal cell carcinoma, a slow-growing form of the disease that accounts for 75 percent of all skin cancers and affects two million Americans each year. Although, the study showed they had a 15 percent and 21 percent reduced risk of developing this kind of cancer on less-exposed areas of the body when they took NSAIDs long term or at high intensity, respectively. The findings are published in the May 29 issue of the American Cancer Society's journal, Cancer.

The researchers note the study does not prove cause and effect, and more research is needed to determine how these anti-inflammatory medications reduce cancer risk.

"We hope that the potential cancer-protective effect of NSAIDs will inspire more research on skin cancer prevention," study author Dr. Sigrun Alba Johannesdottir, a cancer researcher at Aarhus University Hospital in Denmark, said in a statement. "Also, this potential cancer-protective effect should be taken into account when discussing benefits and harms of NSAID use."

Dr. Joshua Zeichner, a dermatologist at Mount Sinai Medical Center in New York City, told WebMD that the findings should not lead people to take aspirin instead of applying sunscreen.

"The positive results from this study will hopefully pave the way for future research on NSAIDs and other ways to treat and prevent skin cancer," he said, but "there is no safe way to tan." Said Zeichner, "If you protect yourself from the sun, you won't need any preventive treatments."

WebMD has more on skin cancer.