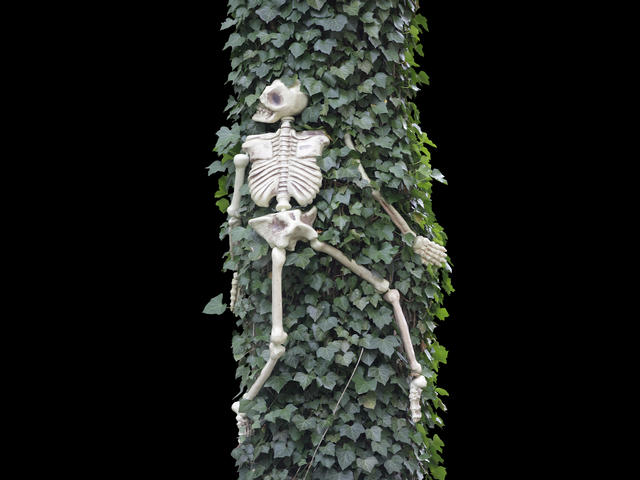 (CBS/AP) COLUMBUS, Ohio - One Ohio family that never kept their skeletons in the closet has had them stolen.

Posed plastic skeletons that wear pilgrim hats for Thanksgiving and swim trunks for "Shark Week" were  whisked away from the suburban Columbus yard of a family known for adapting the skeletal scene to mark the holidays and give passing drivers a chuckle.

Brenda Arnold started the tradition when her son said he didn't want to take down the pair of Halloween props in 2009. By Christmas, they were wearing Santa gear. They've also donned red, white and blue for July 4 and starred in scenes for basketball's March Madness.

But this week, someone apparently took them, leaving behind only a couple of fake limbs.

Yes, the Arnolds have a bone to pick.

Brenda Arnold tells The Columbus Dispatch there's a $20 reward if the skeletons are returned. If not, she plans to replace them.

But this time, she says, they'll be booby-trapped.