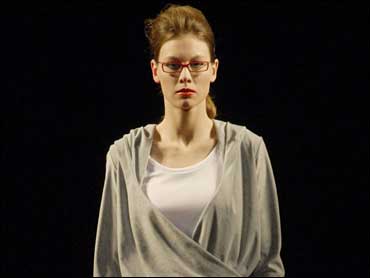 London Fashion Week organizers have dropped plans that likely would have barred many size zero models from the catwalk, saying industry executives around the world felt they were not needed.

Hilary Riva of the British Fashion Council said her international counterparts complained that proposals to make catwalk models pass a medical exam were expensive and intrusive.

"From our conversations with our international counterparts in New York, Milan and Paris it has become clear that they do not recognize the need for an international health certificate," Riva said in an open letter posted Wednesday on the council's Web site.

The idea of having such certificates grew out of an industry commission set up last year to address public concerns that excessive dieting damages the health of models and creates unrealistic expectations for young women.

Pressure on the industry has intensified in recent years, particular after models in Brazil and Uruguay collapsed and died, apparently from medical complications arising from their ultra-thin stature. One of the models, Luisel Ramos, 22, collapsed soon after stepping off the runway in August 2006; months later, her 18-year-old sister also was found dead, each reportedly died of anorexia-linked heart attacks.

Some of the panel's recommendations, including banning models under 16 from London Fashion Week catwalks and giving models a quiet room with food backstage, have been already been adopted. Riva said a medical exam and a certificate showing good physical and mental health would only work if it was adopted internationally.

The medical exams would have cost around 250 pounds, or around $500, the same as the average fee a model receives for appearing in one show in London Fashion Week.

Council spokeswoman Caroline Rush said the extra cost might have deterred some models from appearing in the London shows, particularly if they could go elsewhere without paying the fee.

The Council of Fashion Designers of America has said it did not believe medical exams benefits models. In 2007, it adopted a voluntary health policy, recommending that models under 16 not be used in runway shows, educating the industry about the early signs of eating disorders and having models get professional help if needed.

The Chambre Syndicale in Paris, which regulates the marketing for high fashion items in France, decided it could not be held responsible for the women who model the clothes. Italy's Camera Nazionale della Moda, which organizes Milan's fashion shows, approved its own initiative that does include certification of a model's good health. It said it prefers self-regulation to a broader international proposal.

The next round of women's wear runway shows, previewing styles for next spring, begins Sept. 5 in New York.
Meera Selva