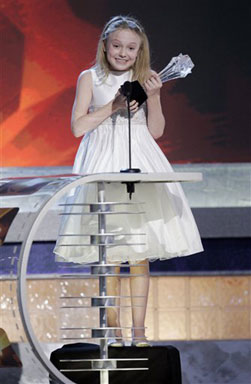 Derrick Coleman had 19 points and 10 rebounds and the Philadelphia 76ers denied the Denver Nuggets a go-ahead basket in the final 13.9 seconds of a 79-78 victory Friday night.

Allen Iverson added 18 points and six assists and Theo Ratliff had 10 points and 12 rebounds for the 76ers, who completed their first sweep of the Nuggets since the 1993-94 season. Philadelphia won for only the eighth time in 28 road games.

LaPhonso Ellis reached double figure for the 31st time in his last 32 games with 22 points. Ellis moved past Bobby Jones for 15th place on Denver's career scoring list with 4,822 points as the Nuggets lost for the 10th straight time.

Philadelphia turned the ball over on a shot clock violation with 13.9 seconds remaining. Following a timeout, Anthony Goldwire drove the lane but missed a layup attempt over Coleman. Dean Garrett missed a tip with four seconds left, and the clock ran out when the ball was batted to center court.

Denver trailed 61-60 to start the fourth quarter but gained only its second lead of the second half, 67-66, when reserve Kiwane Garris hit a 3-pointer with 8:40 left. The Nuggets increased their lead to 73-70 on a dunk by Tony Battie and four points from Bryant Stith.

The Sixers missed their last two shots and turned the ball over twice after Stith cut the lead to 79-76 with two free throws. Two more free throws by Goldwire brought Denver to 79-78 with 37 seconds left.

Goldwire gave the Nuggets their only other lead, 60-59 with two free throws late in the third quarter. Scott Williams gave Philadelphia the lead back, 61-60 with a layup to close the quarter.

Ratliff, who had 10 points and eight rebounds in the first two periods, led a 7-0 run early in the second quarter giving the Sixers a 35-25 lead. Iverson's driving layup with 7:25 left in the period maintained the double-figure lead, 37-27.

Iverson and Ratliff sat down the next four minutes and in their absence, the Nuggets went on a 10-0 run keyed by four points by Ellis. Stith tied the game, 37-37 with a pair of free throws before Ratliff and Iverson returned. Ratliff blocked a shot and scored four points, two converting a pass from Iverson into a dunk with two seconds left and the 76ers led 44-39 at halftime.

Coleman had nine in the first quarter and gave Philadelphia a 27-23 lead with a 3-pointer that beat the buzzer. Reserve Eric Snow had eight including a dunk that gave the Sixers their largest lead, 20-14, of the period before Stith closed the gap for Denver with five points.

Notes: Mark Davis will rejoin the Sixers Wednesday after missing two games due to a death in his family. ... .Johnny Newman sat out te second half with an infected tooth. ... . Stith made his first start since returning after missing 42 games with bone spur in his left ankle.