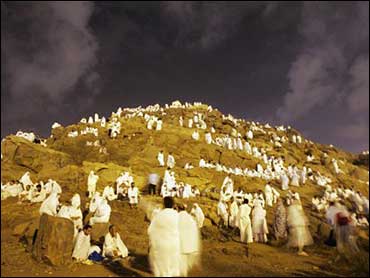 Allen Iverson was having a poor game, with just 11 points and nine turnovers. Then came the final quarter.

"We deserved it," said Iverson, who finished with 27 points and six assists. "We'll take it because we fought hard."

Dallas led by 14 points in the fourth, and still held a two-point lead with under 10 seconds left when Theo Ratliff stole an inbounds pass by Dennis Scott and handed it off to Eric Snow. He dribbled upcourt and passed to Iverson for the game-winner.

"I saw I was open and I wanted to end it," said Iverson, who had 27 points and six assists. "My eyes got wide when I saw I was behind the line and no one was on me."

Michael Finley made a jumper at the buzzer, but a referee waved it off despite the fierce protests of Finley and coach Don Nelson.

"I clearly thought the ball was in the air," said Nelson. ``The ref said the ball was still in his hand and he's more objective than I am. The way I look at it, we didn't inbound the ball. We didn't deserve it."

Dennis Scott led Dallas with 24 points and Finley had 17.

Despite an anemic, slow-motion offense, the Mavericks went up big by converting Philadelphia's 24 turnovers into 33 points.

With reserve Eric Snow running the point and Iverson in the unfamiliar two-guard position, the 76ers came back. Iverson cut in for a layup and a free throw, then followed with a basket off a steal. With two foul shots, a drive and a dish to Clarence Weatherspoon, the deficit was 85-82.

"We made some plays down the stretch," said 76ers coach Larry Brown. "Eric took so much pressure off Allen. I wasn't sure about playing Allen at the two-guard, but with Eric's defense at the point I kept him in."

Finley's 18-foot jumper in traffic gave Dallas a 90-86 lead with 26 seconds left, but Jackson hit a short jumper to cut it to two points.

Notes: The 76ers completed their fourth two-game sweep this season, something they hadn't done since 1991-92. Philadelphia already had won both of its meetings against the Los Angeles Lakers, the Golden State Warriors and the Vancouver Grizzlies. ... The Sixers are 12-8 against Western Conference teams, an improvement over last year's 8-20. ... Nelson has started 20 different starting lineupin 33 games as Dallas' head coach.