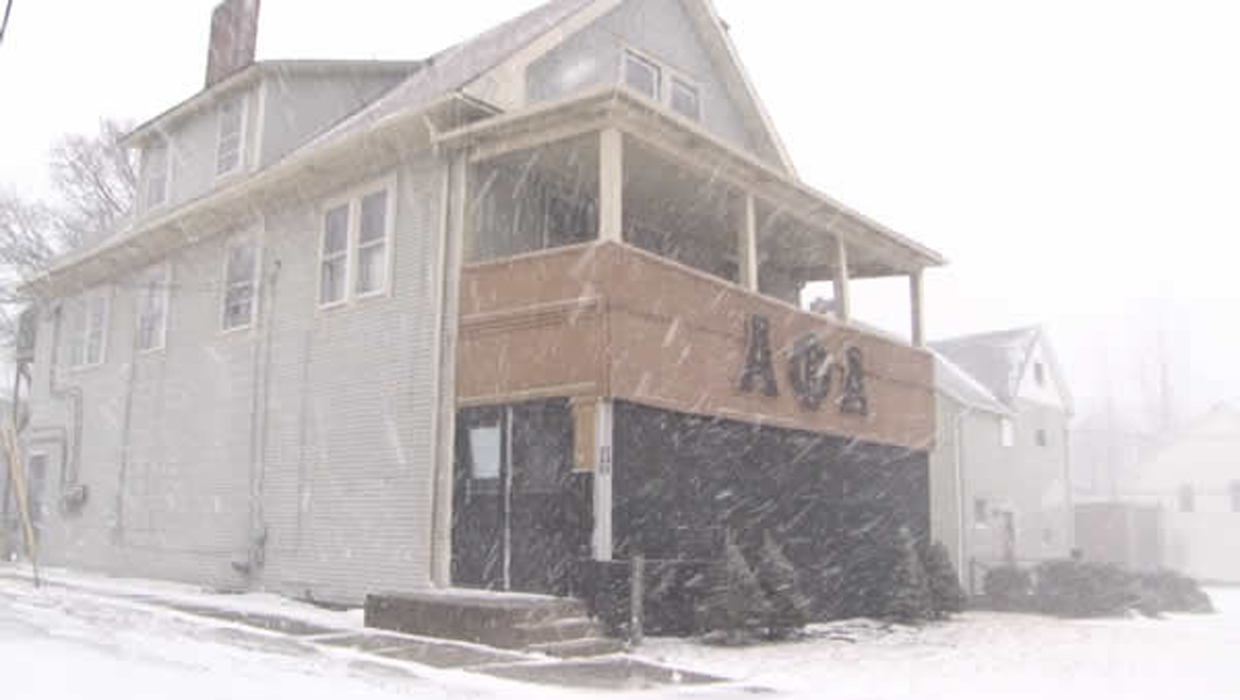 The unidentified victim, an Alpha Phi Alpha pledge, needed medical treatment after developing a sore from frequent and severe paddlings, the station reports.

The fraternity initiation took place over roughly three weeks at multiple off-campus locations, according to University of Akron police.

The Cleveland Plain Dealer reported that the victim initially told hospital officials he injured himself in a sledding accident because he feared repercussions and was still interested in joining the frat. He later confessed the hazing to police.

Four of the six suspects turned themselves in to University of Akron police on Thursday and are due in court March 7. The other two students have told police that they will turn themselves in on Friday.

"The criminal charges being filed today are the result of an investigation by The University of Akron Police Department (UAPD), acting on an anonymous tip," read a statement issued by the university. "Based on the information gathered during the investigation, the University suspended the Alpha Phi Alpha fraternity on January 31, essentially halting all fraternity activities, including new member intake. Hazing of any kind is not tolerated."