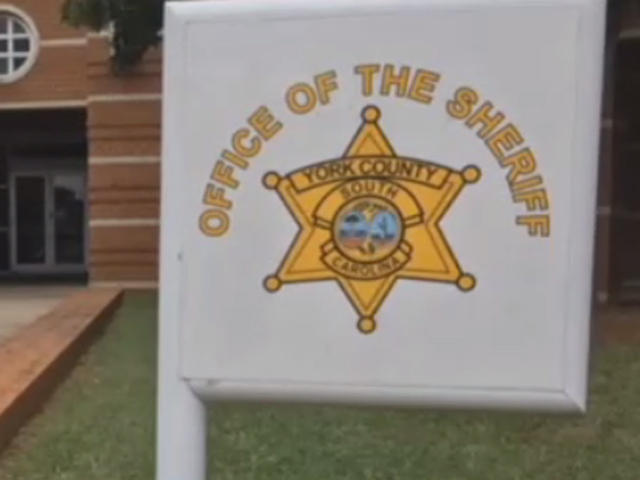 YORK, S.C. -- Six deputies of a sheriff's office in South Carolina have been disciplined for engaging in sexual conduct while on duty dating back to 2003, reports CBS Charlotte, N.C. affiliate WBTV.

Documents provided to the station by the York County Sheriff's Office in response to a Freedom of Information Act request show investigators discovered that one female deputy had sex with five different male deputies at various times while on the job.

York County Sheriff Kevin Tolson said in a statement Wednesday that an anonymous complaint in late July triggered the investigation.

Tolson says he fired Sgt. Jennifer Forsythe and Deputy Daniel Hamrick after they admitted to sexual encounters on duty between 2012 and 2017.

Sgt. Wayne Richardson, Sgt. Buddy Brown and Capt. Carson Neely were suspended without pay for two weeks, and Lt. Brian Boling was demoted, all for sexual encounters with Forsythe.

"The results of this investigation are very troubling and cast a dark cloud over the York County Sheriff's Office and its reputation as a professional organization," Tolson said in the statement, as quoted by WBTV. "The actions of these officers have undermined the public's confidence in our organization and required swift and serious action."

Tolson, who took office in January, pointed out in the statement that much of the activity happened before he took office."The harshest discipline was dispensed to those who violated policy and public trust while I have been Sheriff," Tolson said.

"I showed leniency to those Deputies whose conduct occurred years, even more than a decade ago, but make no mistake, this conduct will not be tolerated in this agency on my watch," the statement continued.