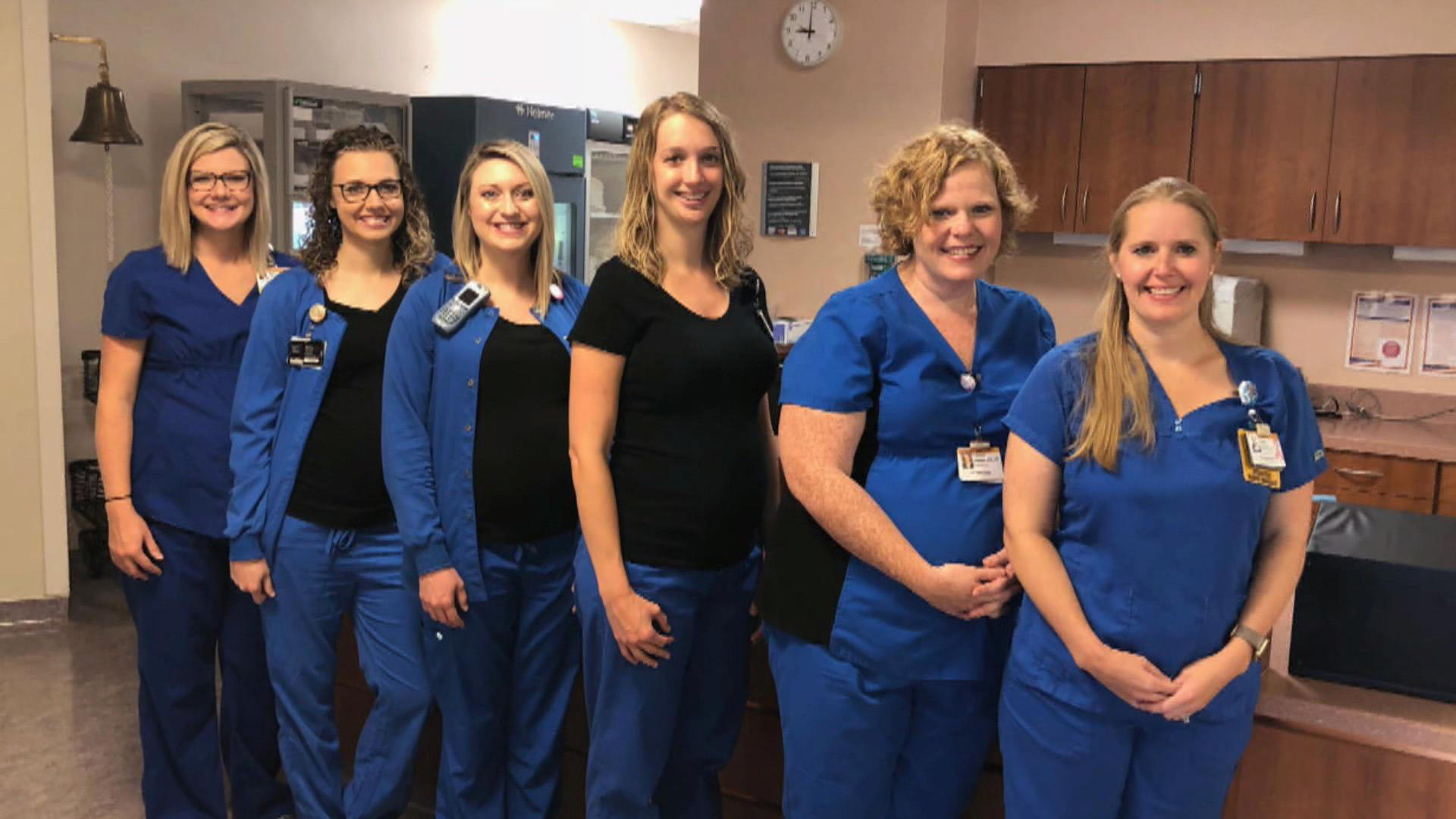 Six nurses in Winston-Salem, North Carolina are sharing a serendipitous connection. All of them are pregnant, all of them work at an outpatient oncology clinic at the Wake Forest Baptist Medical Center and all of them found out within months of each other.

"It's meant to be that we're supposed to share this journey together and it is truly special," nurse Nina Day says. "I was the first to get pregnant. And, soon after, Bethany was pregnant. And then it was like a conversation of, 'Well I wonder if there's more because things happen in threes.' We found out there was a third, then there was a fourth."

Sabrina Hudson was the fifth to tell their manager, Katie, the good news.

Hudson didn't want the fun to stop there.

"I was like, 'Katie, it would be hilarious if you were pregnant,'" Hudson says.

Hudson said it was just a joke, but, a month later, the joke was on them.

"Katie called from the bathroom," Hudson says. "She was like, 'Can you come here?' And I was like, 'Okay, what's wrong?' She was like, 'Nothing's wrong. Just come here.' And slowly by slowly, each one of us went to the bathroom and we were all in there together and I'm sure you could have heard us everywhere because we were just so excited."

The patients in this cancer ward, where life can seem fleeting, are having fun with the baby boom. One patient has dubbed the pregnant nurses "the fabulous six-pack."

"It brightens their face," Day says. "You can see it."

And while they didn't plan to get pregnant together, the women say this is not a coincidence.

"My husband and I tried for almost a year," Hudson says. "So for all of this to happen at the same time, it's just really mind-blowing."