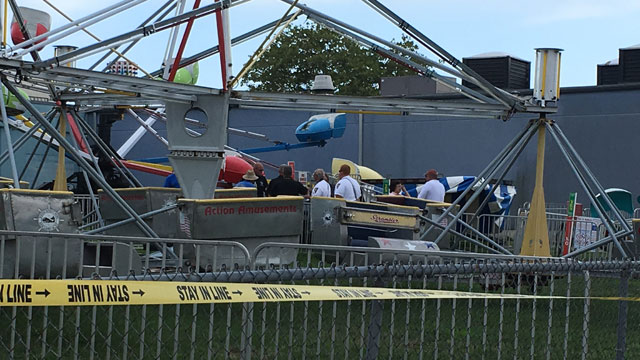 NEW LONDON, Connecticut -- Six children were taken to the hospital after an electrical shock incident while they were riding on an amusement ride in New London on Tuesday afternoon, CBS Hartford affiliate WFSB reported.

The children were on the Scrambler ride at Ocean Beach Park when the electrical shock happened around 2 p.m. The victims suffered minor injuries and were taken to Lawrence and Memorial Hospital.

Authorities said one child suffered minor burns to his hands when he touched a bar as he was leaving the area of the ride.

The operator also felt the shock as he turned off the ride.

It is unclear at this time what caused the electrical shock.

The Fire and Explosion Investigation Unit detectives responded to the park.

The area of the Ocean Beach Park where the rides are located is shut down for the police investigation.