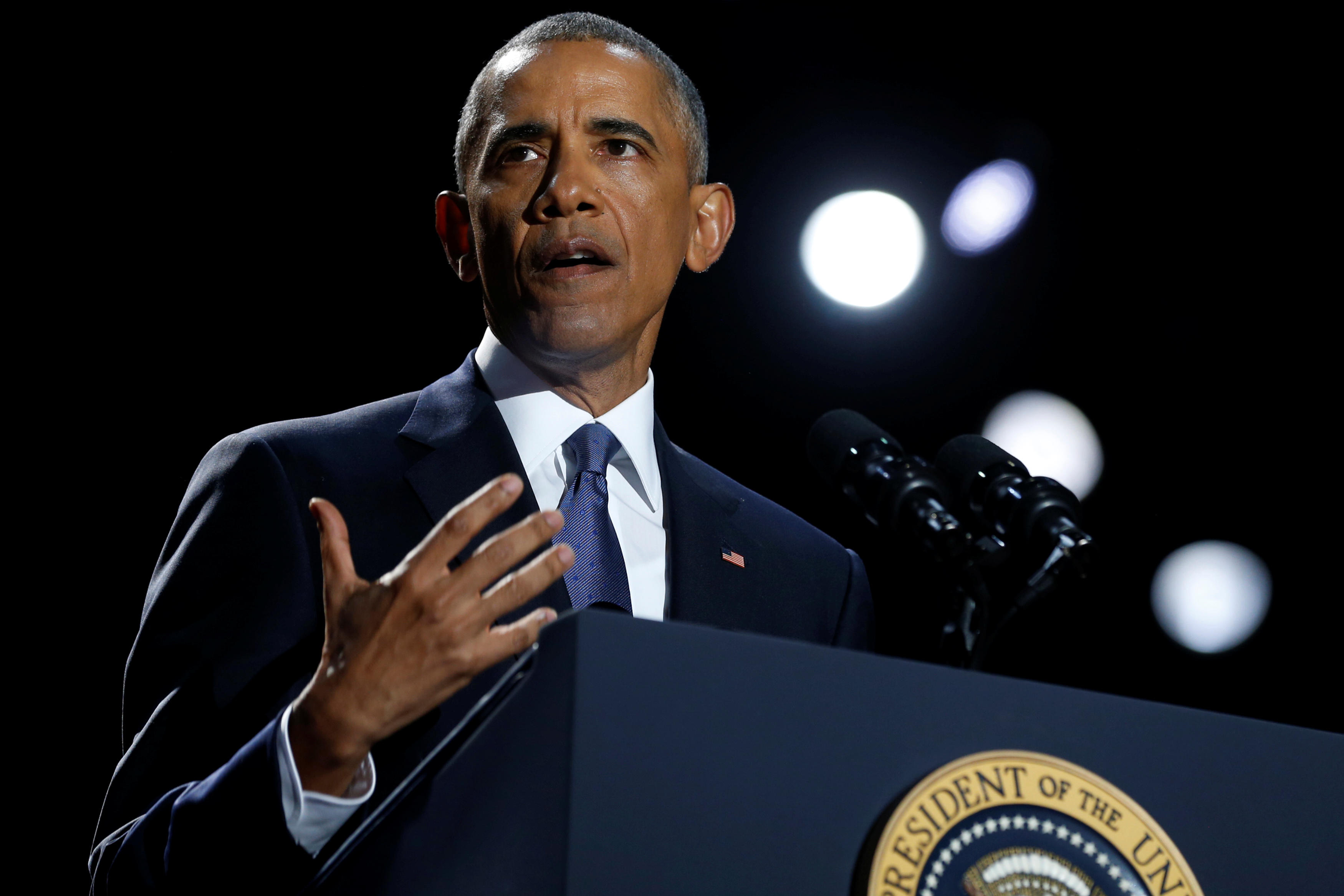 Fifty-five percent of Americans think Barack Obama was a good president, including 30 percent who think he was a very good president. Sixty-one percent have a favorable impression of him, similar to the 60 percent who viewed him favorably when he took office in 2009.

Assessments of the outgoing president remain highly partisan.  In contrast to most Democrats and independents, most Republicans view Mr. Obama unfavorably (59 percent), rate him as either an average or poor President (79 percent), and disapprove of how he handled his job over the past eight years (68 percent).

As President Obama leaves office, more than six in 10 Americans approve of how he handled his job over the past eight years, and just over a third disapproves.  At 62 percent, President Obama’s retrospective approval rating ranks third among all presidents since CBS began asking the question in 1981 – behind outgoing presidents Bill Clinton (68 percent) and Ronald Reagan (68 percent).  This evaluation of Barack Obama’s presidency stands in particular contrast to that of his immediate predecessor George W. Bush, who left office with a record low of 22 percent.

Not all Americans give President Obama such a winning endorsement.  Though more than nine in 10 Democrats and most independents give Obama good marks for his eight years in office, just 29 percent of Republicans agree, 68 percent of Republicans disapprove of how he handled his presidency.  Still, outgoing approval of President Obama among Republicans is higher than at any time in his presidency since his first year in office.

The retrospective evaluation of Barack Obama’s presidency is more positive than the approval ratings he received for the majority of his two terms.  Though he reached a high of 68 percent after his first 100 days in office in 2009, approval of the president dropped below 50 percent after his first year, and remained largely divided for the rest of his two terms in office, temporarily spiking to 57 percent in May 2011 after the killing of Osama bin Laden, but dipping as low 37 percent in November 2013.  Only in the summer of 2016 did President Obama’s approval rating once again consistently rise above 50 percent, where it has remained ever since.

What Kind of President Was He?

Views of the Outgoing President, Vice-President, and First Lady

President Obama leaves office with nearly the exact same favorable rating as he entered office with.  Sixty-one percent of Americans view Barack Obama favorably, nearly matching the 60 percent who had a favorable opinion of him in January 2009.  Twenty-seven percent now view him unfavorably, while in 2009 more Americans hadn’t yet formed an opinion of him yet.

When compared to the two most recent two-term presidents, Mr. Obama leaves office with a far higher favorable rating than George W. Bush (26 percent), and one that is slightly higher than Bill Clinton’s (57 percent).

As with his job rating, opinions of Mr. Obama are highly partisan: 91 percent of Democrats and 57 percent of independents have a favorable opinion of him, while 59 percent of Republicans view him unfavorably.

Views of Joe Biden are also positive, and have risen considerably since he was sworn in as Vice President in 2009.  Fifty-three percent of Americans now view Joe Biden favorably, up from 36 percent eight years ago, when half hadn’t yet formed an opinion.