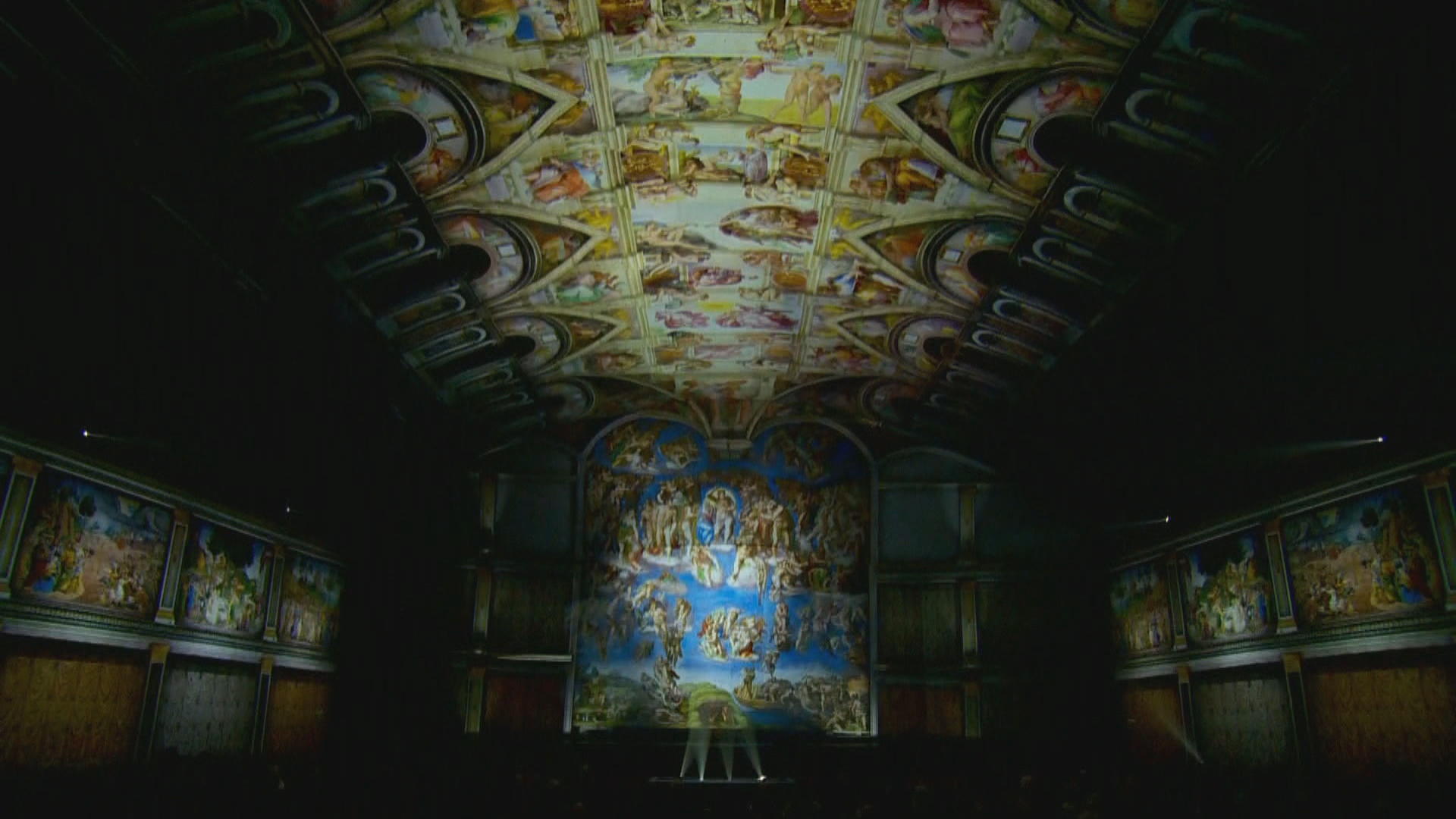 A new show in Rome is bringing history to life. The production uses lasers, lights, a theme song by Sting and a thunderous sound system to add a distinctly modern dimension to a story that's roughly 500 years old: Michelangelo painting the Sistine Chapel.

Images fill the theater, just down the road from the Chapel, in an immersive experience that even its creative director Marco Balich has a hard time describing.

"It's easier to say what it's not. There is ballet, but it's not ballet. There is a lot of beautiful music by John Metcalf and Sting but it's not a musical – it's a very technological show," Balich told CBS News' Seth Doane.

He treated Michelangelo as a sort of superhero whose frescos – in digital form – turn Rome's former symphony hall into a second Sistine Chapel. Balich has had some practice staging a spectacle, most notably the closing ceremony of the Sochi Olympic Games.

"Usually we do a one-off….And it's finished and it's gone. This time, it keeps going," Balich said.

He let CBS News peek backstage to see how the show works, what the cast wears and how he took inspiration from spectacles the Catholic Church has staged.

Balich takes images that visitors strain to see in real life and expands and animates them. He pushed to create this production and got the blessing of the Vatican.

Thought one skeptical Italian columnist wasn't so nice, calling all of the special effects "visual Viagra".

"Every time they said, 'oh, but it's like Disney' and I said, 'But Disney, Walt Disney is a genius. What's wrong with it'"? he said.

Balich finds inspiration, from of all places, rides at theme parks which he thinks master the ability to draw people into an immersive experience. He says he knows he's done a good job when looks around at an audience and doesn't see people on their cell phones.