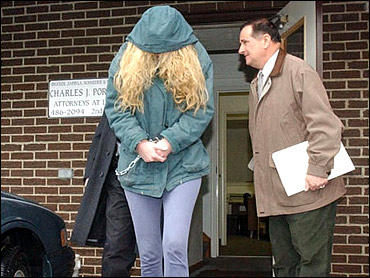 Charges against a woman accused of starving to death her quadriplegic brother were upgraded to first-degree murder after prosecutors alleged she was depositing checks for him into her husband's account.

District Justice Robert Dzvonick ruled Thursday that prosecutors could try Kimberly Loebig on the first-degree murder charge. She could face a death sentence or life in prison if convicted of Scott Olsen's Dec. 7 death.

On Thursday, prosecutors presented bank records showing that four months before Olsen, 29, died, Loebig began depositing $2,253 in monthly checks meant for him in her husband's account.

Loebig's attorney, Paul Boas, has argued that Olsen's death was, at most, neglect by a woman overwhelmed by continually caring for her brother. He also said Olsen's death would financially harm Loebig, because she would no longer get his Social Security checks to help care for him.

Loebig, her brother's sole caretaker, stands to inherit $250,000 from her brother as part of a 1996 settlement with a drugstore. Olsen was left in a semi-vegetative state after inhaling butane from a lighter another man bought from the store in 1990. His injuries left him blind, quadriplegic and unable to speak more than a handful of words, authorities said.

Prosecutors Thursday declined to speculate on whether money was the motive.