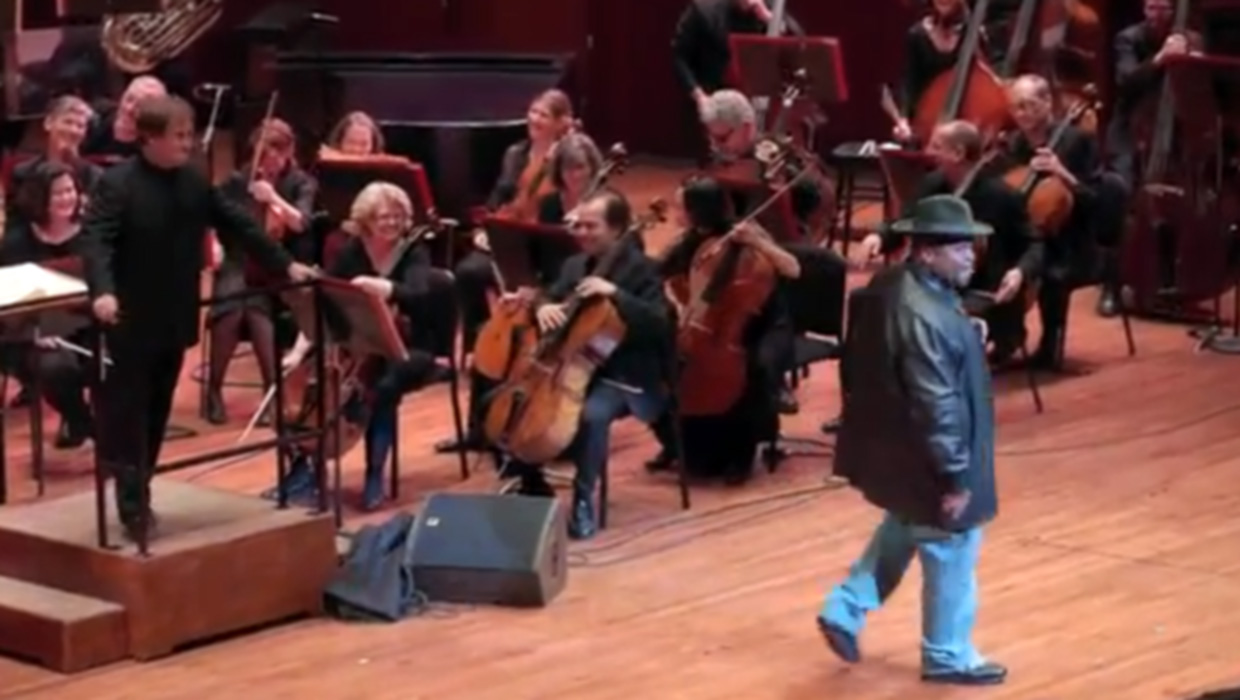 Sir Mix-a-Lot performed his mega-hit "Baby Got Back" Friday night with the Seattle Symphony Orchestra -- scoring a viral hit on YouTube in the process.

The rapper is a native of Seattle and joined forces with the orchestra as part of an event at Benaroya Hall called Sonic Evolution, which celebrates the works of artists hailing from the Emerald City.

The new rendition of the song, which praises women with curves, was conceived by composer Gabriel Prokofiev -- the grandson of famed Russian conductor Sergei Prokofiev -- known for remixing classical music with hip-hop and electronic dance elements.

"Baby Got Back" was considered controversial when it was first released in 1992, with the music video temporarily banned on MTV and feminist groups complaining that the song objectified women. The song eventually became the rapper's best known hit, landing him a Grammy Award for best rap solo performance in 1993.

Over the years, "Baby Got Back" has been mentioned or sung on shows like "Friends" and "Futurama," now even finding its way into prestigious concert halls, as seen in the video below: