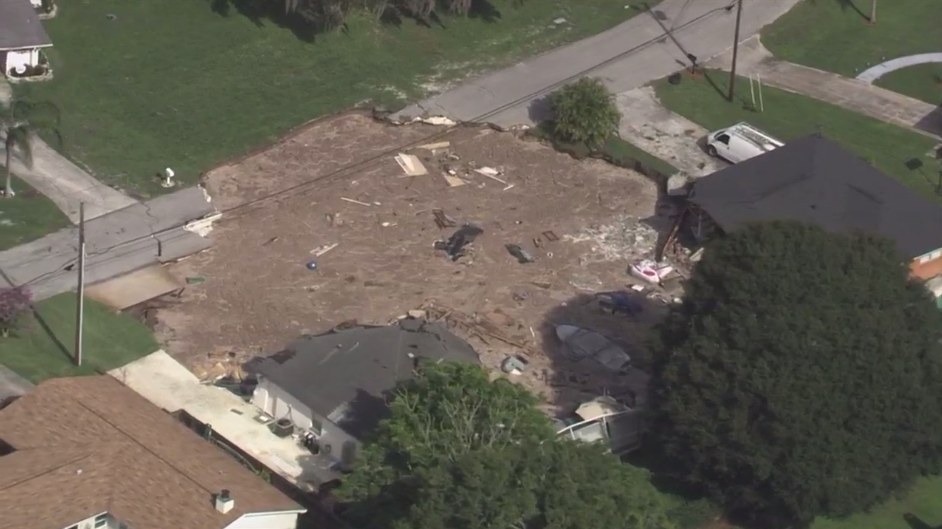 LAND O' LAKES, Fla. -- Residents are being evacuated in a Florida neighborhood due to a massive sinkhole that's already swallowed two houses and a boat.

CBS affiliate WTSP-TV reports a depression the size of a small pool first formed at around 8:30 a.m. on Friday in Land O' Lakes, and quickly grew. Authorities say one home on Ocean Pines Drive was completely destroyed and another is 50 to 60 percent damaged. No one was home at the time.

Authorities urged neighbors to collect their belongings to prepare for the evacuations, as the size of the hole is increasing. Crews are maintaining a 200-foot perimeter around the sinkhole, which is about 50 to 100 feet deep.

About 100 homes were left without power. It remains unclear when electricity will be restored in the area.

County property records show there was a sinkhole previously at the property where the first house was swallowed up, and that it had been "stabilized," in 2012. The home last sold in 2015, according to records.

Sinkholes are stabilized by boring holes into the ground and injecting concrete.

Kevin Guthrie, Pasco County's assistant county administrator for public safety, said 10 other homes in the neighborhood have been tagged unsafe and the residents have been voluntarily evacuated. He said firefighters and deputies helped people get some of their belongings out of their homes.

"It was frightening," Guthrie said. "The people coming out of those houses were frightened. Mother Nature is going to take what Mother Nature takes."

The American Red Cross is assisting residents who've been displaced.