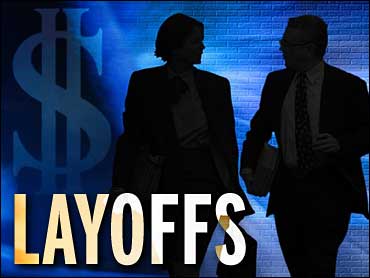 Even though new claims declined for the third straight week, the level of claims remained high enough to suggest that the labor market continues to be weak.

The number of laid-off workers continuing to receive unemployment benefits rose to 3.83 million for the work week ending Nov. 3, indicating that jobless workers are having a difficult time finding employment. That was the highest level since Feb. 12, 1983.

In the week ending Nov. 3 - the latest week for which state-by-state figures are available - the Labor Department said seven states reported a decrease in claims exceeding 1,000, led by Michigan with 4,712 fewer claims in the automobile industry.

In the same week, eight states reported an increase in claims of 1,000 or more, led by California with 3,950 additional claims in the construction and service industries, and in agriculture.

Companies have cut production, trimmed hours and let workers go in response to the lagging economy and the Sept. 11 attacks.

The nation's unemployment rate soared from 4.9 percent in September to 5.4 percent in October and companies eliminated 415,000 jobs, the biggest one-month drop in 21 years. Economists predict the jobless rate will climb and payrolls continue to be trimmed.

Fallout from the more-than-yearlong economic slump, along with the terror attacks, caused the economy to contract at a rate of 0.4 percent in the July-September quarter. Many economists are predicting a bigger drop in the current quarter. That would meet one common definition of a recession: two conseutive quarters of declining economic output.

The decline in new claims last week put them at the lowest level since the week ending Sept. 15. That earlier report, however, did not capture layoffs resulting from the terror attacks because most affected workers were not able to file applications for jobless benefits that week. In the two weeks following that report, jobless claims rocketed.

Some economists believe the unemployment rate will top out at around 6.3 percent in the first quarter of 2002.

The more stable four-week moving average of new claims, which smoothes out week-to-week fluctuations, declined last week to 474,750, the lowest since early October.

In another report, the Commerce Department said businesses whittled inventories by 0.5 percent in September, following a 0.2 percent drop in August, further evidence that companies are making progress getting rid of excess stocks of unsold goods.

In an effort to prevent the economy from sinking deeper into recession, the Federal Reserve has cut interest rates three times since the terror attacks, bringing the total rate reductions this year to 10.

Economists are hoping lower borrowing costs will induce consumers and businesses to spend and invest, which could prevent further weakening of the economy.

Still, a big fear among analysts is that rising unemployment and lingering fears about more attacks and anthrax scares might cause consumers to become tightfisted.

© MMI, CBS Worldwide Inc. All Rights Reserved. This material may not be published, broadcast, rewritten, or redistributed. CBS MarketWatch, the Associated Press and Reuters Limited contributed to this report