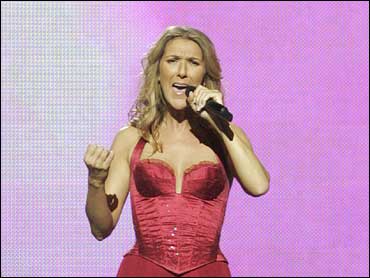 A coalition of recording artists, music companies and industry groups said Thursday it will push for compensation of performers whose music is played on the radio.

The group said U.S. performers, from superstar vocalists to background singers, deserve to be paid when their work is aired on AM or FM radio.

"The artists and the musicians and the community in general has come together to say now is really time to make sure that when music is played on the radio, that people who perform that music are paid fairly to do it," Mark Kadish, the coalition's executive director, said during a conference call with reporters.

Under current law, only songwriters are paid royalties when songs are played on AM or FM radio.

Previous attempts by the recording industry to gain royalty rights for performers have failed. The group says it is too early to say how much money performers should be paid.

The National Association of Broadcasters, which represents more than 8,000 radio and television stations, is vowing to fight the campaign, saying royalties for performers amount to a tax on U.S. radio stations.

"Congress has long recognized that radio airplay of music generates millions of dollars in revenue for record labels and artists," Dennis Wharton, the broadcasters group's executive vice president, said in a statement.

"Were it not for radio's free promotional airplay of music on stations all over America, most successful recording artists would still be playing in a garage," he said.

Martha Reeves of the 1960s group Martha & the Vandellas, stressed that she doesn't necessarily benefit when a radio station plays one of her songs.

"I might have music that's as old as 25 years now being played daily, and that doesn't mean someone is going to go out and buy my CD or my record," Reeves said.

Record labels, struggling amid a protracted CD sales slump, could benefit if musicFIRST's effort is successful.

Record companies typically own the rights to master recordings and often split royalties from music played on the Internet or satellite radio with writers, singers and musicians.

Radio broadcasters, however, are required to pay performers only if their songs are played on the Internet during simulcasts or streaming.

Rob Garza, a member of the electronic music group Thievery Corporation, said the law shouldn't make a distinction between songwriters and performers.

Kadish expects judiciary committees in both houses of Congress to hold hearings on the matter.

"We have strong commitments that it's on (lawmakers') agenda," he said. "It's something they care about, and we expect to move forward with hearings in the near future."
By Alex Vega