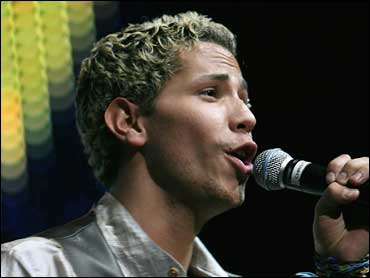 Christian Chavez, a member of the popular Mexican band RBD, says he's lived the life he always wanted since coming out of the closet three months ago.

Chavez told the Televisa network Wednesday the public revelation allowed him to "begin a healing process in which I left things behind and began many wonderful things."

The 23-year-old singer made the announcement in March after photos of him kissing and exchanging rings with another man showed up on the Internet.

Chavez said fan support helped him overcome nervousness about an appearance in McAllen, Texas, shortly after his announcement. "I was afraid to go on stage, but people were really, really nice," he said. "I felt free and could sing like I've never sung before."

He said the support was a reflection of a more open Mexican society, but added that he still wants to fight for gays to be respected — not just tolerated.

RBD rose to fame as the musically inclined cast of "Rebelde," a high school drama that became a long-running soap opera. The band has performed around the world in English and Spanish.

Chavez and the band are scheduled to leave this weekend for concerts in Romania and Spain.