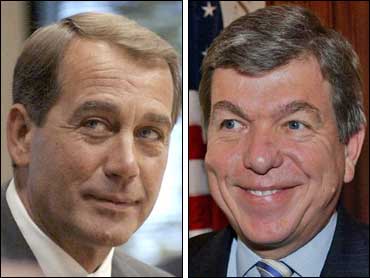 "I was watching and thinking, `Geez, these guys can't make any birdie putts," Simpson said after he made a 4-foot birdie putt on the first sudden-death hole and Skip Kendall missed a 3-footer to extend the playoff.

"I really thought someone would burst through and get to 14 or 15 under," Simpson said.

He needed to finish only three holes Sunday in the rain-shortened 54-hole event and got into the clubhouse at 12-under par. Then he watched Tiger Woods, Davis Love III and Kevin Sutherland miss chances to catch or pass him.

All three finished one stroke back.

Woods left a 40-foot eagle putt a foot short on the final hole. Love's chip for eagle from 50 feet on No. 18 missed by inches. And Sutherland missed a 12-foot birdie try on the hole.

Only Kendall, with a birdie on the last hole of regulation, was able to catch Simpson.

"I definitely dodged a lot of bullets today," Simpson said. "And I tell you, I didn't know if I would ever win again."

But win he did, needing only 23 putts in shooting a 64 in a third round that started on Saturday and ended on Sunday. It was Simpson's seventh PGA Tour victory, including the 1987 U.S. Open, but first since the 1993 Byron Nelson Classic.

Playing this year on a one-time special exemption because he is among the top-50 on the career money list, Simpson tied a tour record by coming from eight strokes back in the final round to win.

The victory was all the more special since Simpson played a lot of junior golf on the Torrey Pines course while growing up.

For Kendall, it was his best finish in 108 tour starts, and he will try to remember it more for the putt he made on the last hole of regulation to force the playoff than for the putt he missed to lose.

"I'm not going to lie, it hurts," Kendall said. "But I'm happy with what I did this morning to get into the playoff."

Kendall hit a great bunker shot on the final hole of regulation, then made a gutsy 9-foot birdie putt to force the playoff.

"I made a lot of really nice putts all week," Kendall said. "Then look what happened in the playoff."

Simpson chipped beautifully from a buried lie in the right rough on No. 18 - the first playoff hole - to get within birdie range, knowing that Kendall had a 25-footer for eagle and was virtually guaranteed of making a birdie.

"I couldn't see it until I got right on top of it," Simpson said about his lie. "I didn't want to step on it. I hit a lot of really good chips this week."

The soggy victory by Simpson ended another sloppy week in which El Nino storms slamming into California made it impossible for the PGA Tour to play a full 72-hole event.

Last Monday, Pebble Beach was suspended after 36 holes an will be completed as a 54-hole tournament on Aug. 17.

After a torrential storm on Friday, nearly an inch more rain drenched the Torrey Pines course overnight Sunday. Soaked greens and water-filled bunkers made it impossible to resume the third round as early as planned.

By mid-morning, the PGA Tour decided to scrap plans to try to finish the third and fourth rounds on the same day and reduced the tournament to a 54-hole event.

Six players, including Love, were one stroke off the lead and another five were at 9-under, including Woods, who had six holes to play.

"I really wanted to get 2-under on those three holes," Simpson said.

He started well, with a chip-in birdie, but followed with a bogey before rolling in a 6-foot birdie putt on the final hole.

"The chip-in was a huge lift," Simpson. "Then I turned around and three-putted the next hole."

Then it was a matter of watching the others finish.

Three other players have rallied from eight strokes back in the final round. The last to do it was Chip Beck in the 1990 Buick Open.

Divots: Since Phil Mickelson had only one hole to play, he gave his caddie, Jim "Bones" Mackay, the day off and his wife, Amy, carried his bag. ... San Diego Chargers quarterback Stan Humphries caddied for Simpson. ... Woods has finished first, second and third in the three tournaments he has finished worldwide this year.