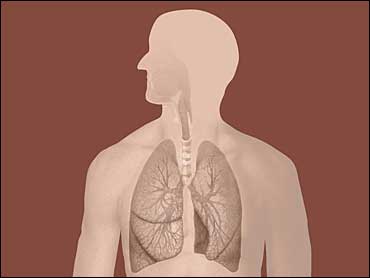 Millions of Americans at risk for a breath-robbing disease leave the doctor's office every year not knowing they missed out on a simple test that could tell if their lungs have begun scarring and dying.

Just breathing into a little machine can diagnose the nation's No. 4 killer, called chronic obstructive pulmonary disease, or COPD, a term that encompasses the lung destruction of emphysema and chronic bronchitis.

Half of the 24 million people thought to have COPD don't know it. Few patients are diagnosed until they've lost more than half their lung function and are left breathless merely crossing a room. And deaths are rising, more than 119,000 a year.

Now there's a move to have patients treated sooner, by getting lung-testing machines once used only by specialists into family doctors' offices — and having those primary-care physicians test every at-risk person who comes in the door.

Who's at risk? Smokers and ex-smokers in their 40s, and anyone with shortness of breath, an unexplained prolonged cough or increased phlegm.

The bottom line: "The test is easy, and you should do it," Dr. Barry Make of Denver's National Jewish Medical and Research Center said as he taught use of the machine, called a spirometer, at a medical meeting last week.

Simply take a deep breath and then exhale as hard and long as you can into the mouthpiece, like blowing out lots of birthday candles. The machine automatically analyzes whether your lung capacity is normal for your age and size. Insurance covers the $30 test.

Diagnosis is only the first hurdle. Sadly, many patients don't get the right treatment, either. While there's no cure, there are ways to help patients preserve their remaining lung capacity and feel better day-to-day.

"This is a disease ... that has a very, very negative image," laments Dr. Sonia Buist of Oregon Health & Science University. "Pitifully little is understood about it in the public.

"The tools we have available can make life better," she adds. "They're simply not being used."

Healthy lungs are elastic, inflating and deflating like balloons as they take in oxygen and remove carbon dioxide. With COPD, that elasticity gradually erodes until the lungs can't deflate fully. Patients need deeper and deeper breaths to get air into the remaining healthy portion, even as trapped stale air balloons the lungs until they fill the diaphragm and deep breaths become physically impossible.

Smoking is the main cause, but other risk factors include exposure to certain pollutants, including second-hand smoke, and repeated childhood respiratory infections.

COPD's lung damage is irreversible, but quitting smoking will dramatically cut worsening — and learning your lungs already are damaged can be a powerful motivator.

But damage usually is advanced before symptoms appear. When shortness of breath does hit, patients at first shrug it off as a sign of aging or poor fitness, further delaying a lung check — and most see primary-care physicians who seldom own spirometers anyway.

So the American Thoracic Society is pushing to increase spirometer access, and writing guidelines that will call for anyone at risk to be tested.

Once diagnosed, patients need both medication and pulmonary rehabilitation. Rehab teaches them to breathe like athletes, pulling the most air out of their lungs without exhaling so fast that airways collapse before stale air gets out.

"If pulmonary rehabilitation were a drug, it would be a best seller," Make says.

Indeed, quitting smoking and taking part in pulmonary rehabilitation and oxygen therapy for late-stage disease "are the only things that increase life" for COPD patients, adds Dr. William Bailey of the University of Alabama, Birmingham.

Yet insurance often doesn't cover pulmonary rehab, and hospitals increasingly decide it's too costly to offer, says Dr. Brian Carlin of Allegheny General Hospital in Pittsburgh. His hospital is among those that don't offer it.

But, "if you want to be able to walk across the room, you better exercise," says Pam DeNardo, 59, of St. Charles, Ill., who has staved off worsening of her COPD for four years thanks to quitting smoking, taking medication and rehab.

For years, DeNardo dismissed shortness of breath as asthma until, during her bout of pneumonia, a doctor diagnosed COPD. She'd already lost half her lung capacity. She doesn't look sick, but steps make her gasp and, with her enlarged lungs, it's hard to bend over.

Still, "I feel so much better after I exercise and get all that bad air out of my lungs."