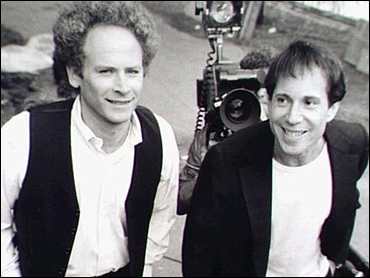 The folk rock duo Simon & Garfunkel are expected to reunite Sunday night at the Grammys. The two are receiving lifetime achievement awards from the Recording Academy during the show.

A source close to the Grammys told CBS News Paul Simon and Art Garfunkel will perform.

It's also reported the two are talking about a tour, 33 years after they broke up following a series of disagreements.

Simon & Garfunkel have agreed to perform one song, and another source told The London Evening Standard "'Bridge Over Troubled Water' seems the obvious choice."

The two are in rehearsals now for the show Sunday at Madison Square Garden in New York.

"I would love nothing better than to sing with Paul again," Garfunkel reportedly said last month. "We have a special sound, and I know a lot of people would love to hear us. It is tempting."

Simon & Garfunkel won a Grammy in 1968 for their single "Mrs. Robinson," from the movie "The Graduate." Other hits include "Sounds of Silence," Homeward Bound," "I Am a Rock," and Cecilia.

The two childhood friends first recorded in the 1950s as "Tom & Jerry," but broke up after a lack of success. They tried again under their real names in the early 1960s.

Their last album of new material was "Bridge Over Trouble Waters" in 1970. They had one last single in 1975 with "My Little Town." A 1981 concert in New York's Central Park attracted half a million fans, and was commemorated with a live album; they also toured in the early '80s, but a planned studio album was canceled due to artistic differences.

As winners of the Lifetime Achievement award, they will join Frank Sinatra, the Beach Boys, Chuck Berry and Ray Charles.

The Grammys will be shown by CBS on Sunday night.