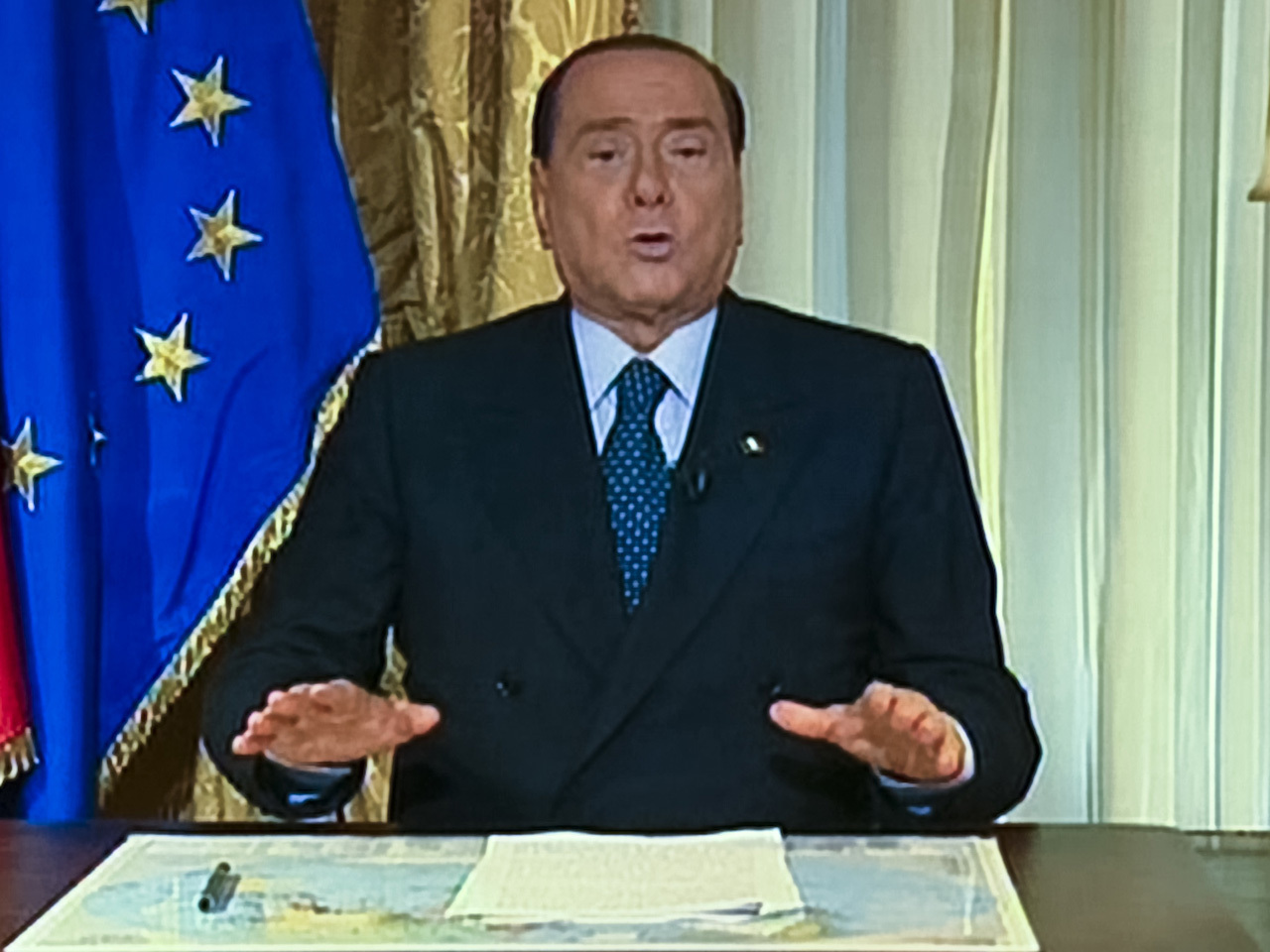 ROME For the first time in decades of criminal prosecution, a conviction against former Italian premier Silvio Berlusconi finally stuck on Thursday, leaving the media mogul with a four-year prison sentence for tax fraud with all of his appeals exhausted.

But it's highly unlikely the man who long was Italy's most powerful politician will actually serve out the sentence behind bars.

And while upholding his tax fraud conviction, Italy's supreme court ordered another court to recalculate the duration of a ban on holding public office that lower courts had set at five years.

That could potentially reduce the time out of the limelight that threatens to interrupt, if not end, Berlusconi's political career, already tarnished by a sex scandal.

Berlusconi, who, at 76, has dominated Italian politics for 20 years, remained defiant, if shaken. In a nine-minute video address, he denounced the sentence "absolutely" baseless, saying it "deprives me of my freedom and political rights," and insisted he is the innocent victim of "an incredible series of accusations and trials that had nothing to do with reality."

The three-time premier, dressed in his usual double-breasted suit and seated before the Italian and EU flags, swung between anger and emotion, at times his voice breaking.

But he showed little signs of abandoning politics, pledging to revive Forza Italia, the movement he founded and which swept him into power as the unchallenged leader of Italy's conservatives.

Judge Antonio Esposito, in reading the court's decision in the name of the Italian people, declared Berlusconi's conviction and prison term "irrevocable."

But three years of his sentence will be shaved off as part of a general amnesty for crimes committed before 2006 aimed at easing prison crowding. And elderly defendants usually can serve out their sentences under house confinement.

What's more, he is expected to be able to choose to do a year of public service in lieu of confinement, a common option for first-time offenders with short sentences.

The tensely awaited decision puts fresh pressure on Premier Enrico Letta's fragile coalition government, which relies on support from Berlusconi's forces and his own center-left Democratic Party to pass reforms needed to restore market confidence in Italy and haul it out of recession.

Letta appealed for calm, issuing a statement saying that `'for the good of the country it is necessary now that a climate of serenity prevails."

One of Berlusconi's top lawmakers pledged to stay true to their leader's promise to keep the party in the government.

"The ruling will not impact on the fate of the government," said Nitto Palma, emerging from a huddle of party leaders at Berlusconi's Rome residence. "We will continue to support this government." Many were already writing Berlusconi's political obituary — although his exit from the political scene is unlikely to be quiet.

"Berlusconi is dead," declared Beppe Grillo, the leader of the anti-establishment 5 Star Movement, on his blog. He compared the conviction to the fall of the Berlin Wall in 1989 that helped bring down Soviet-bloc communism.

A Milan appeals court will now have to determine the length of a public office ban. Lower courts had put it at five years, but a state prosecutor recommended in his argument before the high Court of Cassation that it be lowered to three, citing conflicts in applicable sentencing laws.

A longtime Berlusconi stalwart and one of his former ministers, Ignazio LaRussa, called the ruling to recalculate the length of the ban a "consolation prize."

Once the political ban length has been decided, the Senate, where Berlusconi holds a seat, will have to debate and vote on revoking his seat as part of a process that can stretch for months, if not a year.

If the Senate opposes it and refuses to formally remove Berlusconi, the high court could turn to the constitutional court in a bid to resolve the standoff. The ban also forbids Berlusconi from seeking re-election while it is in force.

Berlusconi awaited the sentence at his residence in central Rome with his lawyers, deputy party leader Angelino Alfano and his eldest daughter, Marina, all of whom were seen entering the building in the hours leading up to the announcement.

The street in front of the palace was closed to traffic before and after the court's ruling, while a small group of supporters gathered nearby.

Berlusconi was convicted in a scheme to purchase the rights to broadcast U.S. movies on Berlusconi's on his Mediaset empire through a series of offshore companies and had falsely declared the payments to avoid taxes. His defense argued that he was busy in politics at the time and no longer involved in managing his business empire.

Thursday's court decision does not end Berlusconi's judicial woes. He was convicted in June of paying for sex with an under-age teen and then forcing public officials to cover it up. The court sentenced him to seven years in jail and a lifetime ban on public office, a ruling he is appealing.

A Naples court also is investigating him for allegedly bribing a lawmaker to bolt a previous center-left government under Romano Prodi and join his party, a move that weakened Prodi's slim majority.