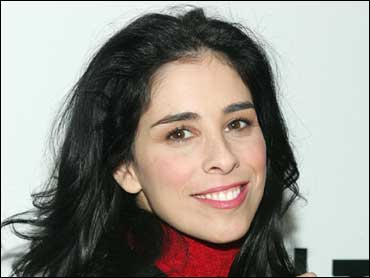 Sarah Silverman still is responding to the negative reaction to her Britney Spears jokes at the MTV Video Music Awards.

"The joke that everyone was upset about _ me calling the kids `adorable mistakes' _ was the most innocuous joke," the 36-year-old comedian tells Us Weekly magazine in the issue that comes out Friday. "It never occurred to me that would be deemed hurtful or over the line."

Says Silverman: "I don't want to get into feuds with girls half my age. I'm in it to be funny and not for the drama. It's embarrassing."

Silverman, known for her deadpan delivery and winsome depravity, drew criticism earlier this month when she followed Spears' much-panned VMA performance with an off-color monologue taking aim at the troubled singer and her two sons with ex-husband Kevin Federline.

"They are the most adorable mistakes you will ever see," Silverman said of Sean Preston, 2, and Jayden James, 1.

Silverman also joked that Spears, at 25, had already accomplished in her life everything she ever will.

Silverman, who dates late-night talk-show host Jimmy Kimmel, has her own Comedy Central series, "The Sarah Silverman Program." She also starred in a feature film-length version of her one-woman show, "Sarah Silverman: Jesus Is Magic."