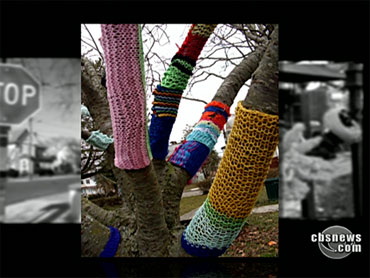 On Monday, Mary Ellen Moffitt, a 37-year-old woman from Michigan who was honored this year as teacher of the year, killed her 5-week-old daughter and then herself. She had been undergoing treatment for postpartum depression.

In Wisconsin last week, a state trooper rescued a woman who was jumping from a bridge, reportedly while suffering from postpartum depression.

The Early Show medical correspondent Dr. Emily Senay offers information on how to recognize the warning signs of someone suffering postpartum depression.

There are different degrees of anxiety symptoms that women can experience after delivering a child. The mildest and most common is referred to as the "baby blues." Over 50 percent of women experience this after having a baby. They may feel sad, moody, irritable and anxious, but the symptoms are mild. They may last only a few hours or as long as one or two weeks.

Generally, some support, reassurance, talking to other mothers - and occasionally mild tranquilizers - are helpful.

Research has shown that 10 to 20 percent of mothers experience postpartum depression after they give birth to a child. That's after any birth, not just the first.

But the most severe form is postpartum psychosis, which occurs in approximately one out of a 1,000 cases, typically starts within 10 days to two weeks after delivery.

There is also a late onset form of postpartum psychosis that can strike as late as eight to 10 months in the postpartum year. Andrea Yates apparently had suffered from this while drowning her five children in June 2001.

Here are some signs of women with postpartum depression:

Research has shown that as many as half of women who get postpartum depression showed some signs of it when they were pregnant.

Doctors don't really know what causes postpartum depression. For some women hormonal changes seem to play a role, but it's not the whole story.

Having a family history of depression, an unwanted pregnancy, a child with health problems, marital problems and no support system increases the chances of having postpartum depression.

To offer support, a husband can make sure his wife gets medical care if she's really depressed, and make it a priority. He can also help by taking care of the baby, helping with housework, watching the other children, and reassuring his wife that this is a common medical condition.

If your wife has been hospitalized for postpartum depression or postpartum psychosis, make sure that she gets close clinical follow-up care after she delivers. Severe postpartum disorder is associated with a high risk of suicide. In comparison to the general population, these patients have a 70-fold increased risk in the first year after delivery and a 17-fold higher risk for their lifetimes.

The common treatment for postpartum depression is cognitive behavior therapy for mild depression. Medication is recommended for moderate to severe depression. There are medications that can be used while the mother is breastfeeding.